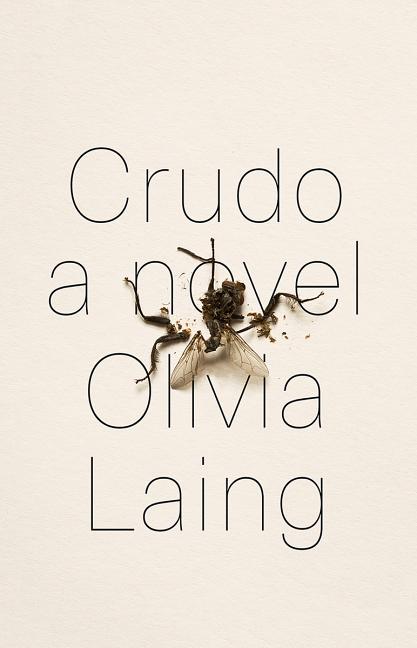 An experimental, auto-fictional debut novel from the author of The Lonely City in which Laing uses a composite of elements from her own life and from the life of punk writer and counterculture provocateur Kathy Acker.

What The Reviewers Say
Rave Alexandra Schwartz,
The New Yorker
There is a delightfully comic, head-in-the-sand logic at work here ... Processing reality through fiction is part of what good art helps us do, and Laing’s novel does it more explicitly than most ... That exuberance shows in the novel’s sentences, which rush by, fleet and frenetic, nearly tripping over the speed bumps of their own commas ... Laing has not entirely given up her biographer’s taste for burrowing inside other people’s skins, however. If Kathy is Laing’s alter ego, she is also an homage to Kathy Acker ... Acker herself was a first-rate stealer of other people’s writing, and Laing’s theft pays tribute in kind ... The risk of prose that tries to capture the sentiments of the immediate present is that it tends to take on the rubbery chew of an op-ed. Fortunately, Laing’s novel is too headlong for that. There is no sense of slowing the mad dash of the present to make it more comprehensible to some hypothetical future reader. For that reason, Crudo could turn out to be a novel that we pick up years from now to remind ourselves how these times felt ... Love may not be original, but this funny, fervent novel is.
Read Full Review >>
Positive Johanna Fateman,
4Columns
Laing writes, in a tongue-in-cheek description, but elsewhere she portrays Kathy’s trawling solemnly ... When Kathy returns to England, Laing falls into a more convincing rhythm, handling the hairpin turns of her character’s consciousness and incorporating her stolen lines with new ease ... This high-strung book, which reads in turn like a roman à clef, a memoir, and a work of historical fiction set in the almost-present, turns, a little unexpectedly, into a love letter at the end. Somehow Laing pulls off this resolution, avoiding excessive corniness and maintaining the work’s rough texture of sutured quotations, even as she enters a lyrical free fall of earnest emotion ... Laing’s book is truly exciting and, crucially, right on time.
Read Full Review >>
Rave Suzanne Moore,
The Guardian
Sometimes, Kathy Acker is very present and masterfully referenced – the hatred of her breasts, the STDs, the live sex show, her mother’s suicide, the poor little rich girl, the creator of herself. Sometimes, it is Laing who is more present as we know her from her work, and sometimes it doesn’t matter at all who is talking, because Crudo seduces from the first sentence. Laing as Acker is not a literary device – it is literary detonation. Everything accelerates from there ... Laing’s prose shimmers and is selfish then, suddenly, full of love. It’s a high-wire act. This is the novel as a love letter to Acker. She gives her a happier ending than the one she had. She asks us what a novel can do when unreality rules. She asks what it is like to be alive when the old order is dying.
Read Full Review >>
See All Reviews >>
SIMILAR BOOKS
Literary

What Could Be Saved
Liese O'Halloran Schwarz
Positive
What did you think of Crudo?
© LitHub | Privacy