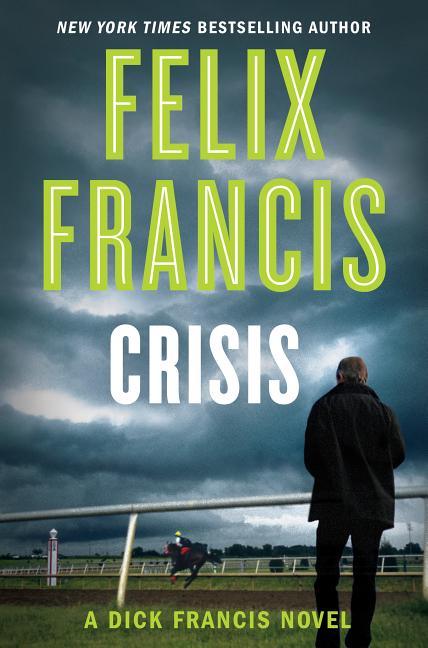 Francis’ latest attempt to find a new approach to skulduggery in the world of horse racing revolves around a hero who’d rather be anywhere else than solving a surprisingly old-fashioned whodunit.

What The Reviewers Say
Rave Irma Heldman,
Open Letters Review
As Crisis opens, Harrison 'Harry' Foster, a legal consultant specializing in crisis management for the London firm of Simpson White Consultancy Ltd., is dispatched to Newmarket. His mission is to investigate a fire in the Castleton House Stables owned by the Chadwick family. Considered one of the finest racehorse training establishments in the country, it was home to seven very valuable horses that were destroyed in the fire. The most prized of the lot, Prince of Troy, was the current wonder racehorse and the odds-on favorite for the renowned Epsom Derby. His death is an immeasurable loss to racing, as well as to its Middle-Eastern owner Sheikh Karim, who is Harry’s client ... With Crisis, Francis has given us another special thriller. He delivers compelling behind-the-racing-scene details, delicious character vignettes, and some hard-hitting gritty stories full of surprising twists and turns. Welcome to the winner’s circle once again.
Read Full Review >>
Rave Kirkus
...The adventures that await Harry range from his sudden romance with auctioneer Kate Williams to the fulfillment of his worst nightmare when he’s locked in a dark barn with a very unstable horse before he plucks the culprit from the depths of the deeply dysfunctional Chadwick family. Even if all the leading suspects are so despicable that it’s hard to generate much interest in which of them is guilty of murder, Francis continues to work unexpected and welcome changes on the racing franchise he inherited from his father.
Read Full Review >>
Pan Publishers Weekly
A colorless lead and a tacked-on romantic subplot mar Francis’s unmemorable eighth novel set in the English horse racing world chronicled by his father ... The clichéd denouement lacks the younger Francis’s usual inventiveness. Fans will hope for a return to form next time.
Read Full Review >>
See All Reviews >>
What did you think of Crisis?
© LitHub | Privacy