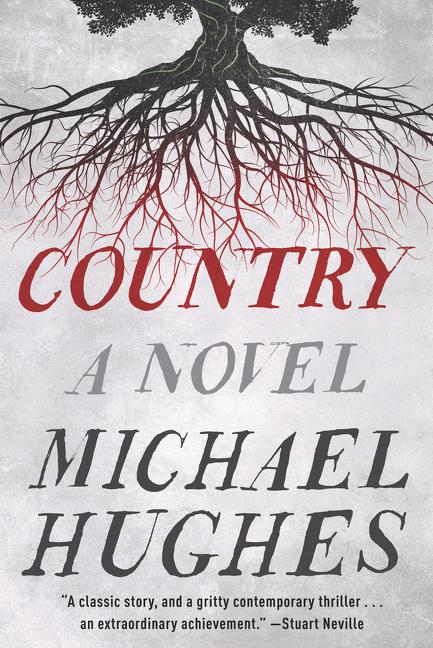 A modern retelling of the Iliad, set in the Irish borderlands during the final months of the Troubles. Hughes' novel explores the brutal glory of armed conflict, the cost of war, and the bitter tragedy of those on both sides who offer their lives to defend the dream of country.

What The Reviewers Say
Rave Ian Sansom,
The Guardian
A writer’s second novel, it is often said, truly gives the tone: Hughes has set his standards high ... The book is full of excruciating details ... Part of the thrill is recognising the correspondences between the characters and Homer’s originals ... Even if you can’t recognise the correspondences, the language is enough to keep you enthralled. Hughes is an actor as well as as writer...The novel, as one might expect, is driven strongly by the sound of a rhythmic speaking voice ... Matthew Arnold described Homer as 'eminently noble', 'eminently rapid' and 'eminently plain and direct'. If anything, Hughes’s achievement is to prove the opposite: that Homer remains ignoble, messy and horribly familiar.
Read Full Review >>
Rave Eoin McNamee,
The Irish Times
With Homer’s Illiad as the baseplate for this 1990s novel, Hughes reaches deep into the country and grasps something furious, elemental and dark. There’s the language to consider. The register is coarse, furious. Hughes has an ear for his own tongue, brings into it a gnawed-at vernacular of fear and savagery. It needs to be tonally on the money and it is. But underneath it and through it you hear Homer’s cadences, the long lines of chant in dactylic hexameter. He mixes Border idiom with Greek formalism ... The text drips with blood and invective. There is a fearsome capacity for violence. You think of Dante’s Ugolino latched on to the back of Ruggieri’s head, chewing at it like a dog ... Hughes isn’t trying to pull off a literary stunt. It is as intellectual and comparative ballast that the crossover succeeds ... The Homeric grants epic despair to the sequence of brutality in the recent past ... The Illiad stripped of its lyricism carries an unfading relevance. Hughes’ perception is on the money. This is a hard, rigorous and necessary book which grinds out its beauty as the song cycles of empire and resistance fall silent, choked in their own blood.
Read Full Review >>
Rave Siobhan Murphy,
The Times (UK)
Hughes has created more than a party trick ... by tapping into western literature’s greatest war story he reveals the elemental brutality of the Troubles — he spares nothing of its sordidness, especially when it comes to the way the women are used and abused. And his greatest triumph (helped no doubt by his acting credentials) is that he renders it all in a lively, convincing demotic that captures an Irish idiomatic flow and an echo of Homer’s formalities and hexametric lines. It begs to be read aloud.
Read Full Review >>
See All Reviews >>
SIMILAR BOOKS
Coming Soon

A Trail of Crab Tracks
Patrice Nganang
Positive
What did you think of Country?
© LitHub | Privacy