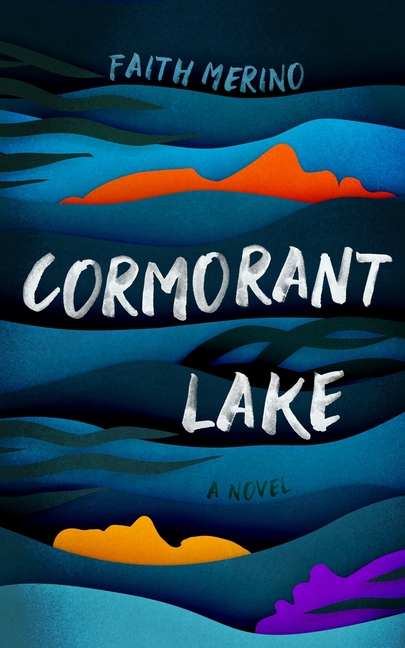 On a cold November night, Evelyn Van Pelt steals her roommate's two underfed and neglected little girls from their beds and drives to the northwestern hometown she fled fourteen years earlier--Cormorant Lake. There, hidden in the mountains and woods, dense with fog and the cold of winter, Evelyn grapples with the guilt of what she's done, and as she attempts to reconcile her wild independence with the responsibilities of parenthood, she reconnects with the two women who raised her--her foster mother, Nan, and her biological mother, Jubilee. But by coming home, she has set in motion a series of events that will revive the decades-old tragedy that haunts Cormorant Lake--and lead her to confront the high cost of protecting her secret.

What The Reviewers Say
Rave Ben Haskett,
The San Francisco Book Review
Cormorant Lake is a saga of de facto mothers, of women whose suitability for motherhood is measured exclusively by eagerness for the job ... Author Faith Merino is careful not to linger too long on the characters’ perceived iniquities, describing them with tactful prose that is empathetic and never pitying ... The book’s conclusion came as something of a surprise to me. It’s abrupt but deliberate, perhaps illustrating the unfulfilled need for closure the main characters will deal with for the rest of their lives. Faith Merino’s debut novel is engrossing, haunting, and beautifully written. Fans of any genre will find something to enjoy here.
Read Full Review >>
Rave Jaime Herndon,
Foreword Reviews
With a dash of magical realism, Faith Merino’s novel Cormorant Lake concerns the meanings and complexities of motherhood and family ... Ideas about what it means to mother, who decides what good mothering is, and what makes a family are stretched, broken apart, examined, and put back together again, though they are never defined in explicit terms. The novel demands close attention, evades tidy resolutions, and proves to be adept at capturing what it means to care for others, covering the sacrifices, pain, joy, and connections that such work involves. Filled with sharp observations, Cormorant Lake is a novel about families, both chosen and otherwise, in which broad realities exist in nice contrast with fantastical elements.
Read Full Review >>
Mixed Publishers Weekly
... contrived, mystical ... While the prose is a bit overwrought and full of oblique metaphors about wayward mothers, the author builds tension around the uncertain outcome of Evelyn’s rash decision to take the children and Nan’s increasingly dangerous interactions with Clare’s ghost. Still, this slight story fails to cohere.
Read Full Review >>
See All Reviews >>
SIMILAR BOOKS
Coming Soon

Life Is Everywhere
Lucy Ives
Positive
What did you think of Cormorant Lake?
© LitHub | Privacy