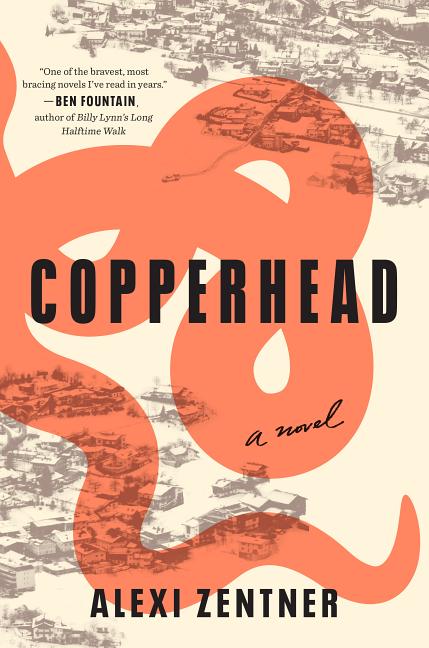 Jessup, a promising high school student and football player—who comes from a family of violent white supremacists—tries to distance himself from his relatives' hateful beliefs. But when an incident occurs between Jessup and another boy, his family's vile history calls his intentions into question and opens the door for further trouble and wrongdoing.

What The Reviewers Say
Rave Maureen Corrigan,
NPR
... a smart, propulsive story about racism, class and the limits of individual possibility. It mostly avoids those compromises that socially-conscious novels sometimes feel obliged to make: namely, trading off complexity of character and literary style in favor of 'message.' Instead, Zentner vividly realizes Jessup's daily world here ... [the book] has some of the feel of a YA novel: We see things through Jessup's fraught teenage perspective and the focus of the story is on his clumsy struggle to separate from and, yet, still love his virulently racist family. I can imagine the novel sparking heated discussions in high school English classes, as well as in book groups for the more mature ... a pretty unsparing story about how one's fate is determined so much by the random luck of one's family, but it's also merciful enough to leave the exit door of reinvention cracked open.
Read Full Review >>
Positive Smith Henderson,
The New York Times Book Review
...the chapters pop in expert jabs ... The prose is visceral, as taut as his teenage linebacker protagonist. Zentner’s concision is powerful, even when he depicts Jessup’s struggle simply to avoid trouble ... as complications mount, Zentner remains true to his generous depiction of Jessup and his world, the forces that presumably engender racism ... But Copperhead feels exculpatory. Not that the story lacks for punishment—people suffer, people die—but the significant crimes in the narrative are quite literally accidents. Zentner’s impulse to turn an attack on his own family into a sustained inquiry into racial animus is admirable, but the deck is stacked with empathy. The book’s depictions of bigotry are simply outshined by Jessup’s heart of gold ... Still, as a moral inquiry, Copperhead invites us to see how bigotry operates in real life.
Read Full Review >>
Rave Lynne Hugo,
The New York Journal of Books
...excruciatingly honest and exceptionally brave. It requires honesty and courage of an author, as well as writing chops, to give readers a sympathetic and credible character who is a white separatist and to put that character squarely in the context of a comprehensible life—judged, unforgiven, forgiven, unlovable yet loved in the eyes of his conflicted stepson, himself a sympathetic and credible character in a beautifully rendered coming of age story ... The work is also stylistically brilliant, fast-paced, and well-told in punchy, deceptively short sentences with verbs that pop them to life nestled in chapters of two and three pages each. A master of voice in the diction of a bright adolescent football player, Zentner not only captures but nails his first-person narrator, Jessup, and creates reader empathy quickly. There are paragraphs, too, of simply gorgeous writing ... One might well wish that Zentner had dared to end the story without the epilogue. He was, perhaps, too much in need of assuring his readers of a certain ultimate outcome. In fact, he’d done enough. He’d done more than enough. Bravo!
Read Full Review >>
See All Reviews >>
SIMILAR BOOKS
Coming Soon

The Charmed Wife
Olga Grushin
Mixed
What did you think of Copperhead?
© LitHub | Privacy