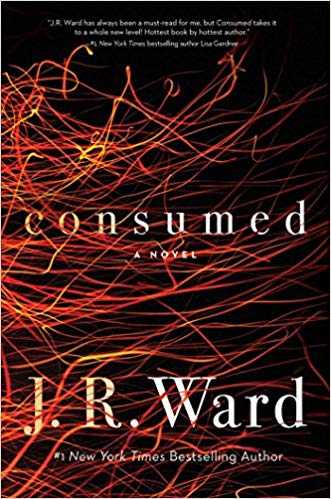 A Massachusetts firefighter injured on the job finds new purpose as an arson investigator and discovers that looking for the sources of fires can be just as dangerous as trying to put them out.

What is this?
Pan
Based on 3 reviews

What The Reviewers Say
Mixed Jaime Green,
The New York Times
A romance is more than a book with a love story, it’s a book about a love story, and J.R. Ward’s Consumed edges right up to the wrong side of that line. But in the end, the love story is still the center of things, and what surrounds it is a complex world, a context that defines the central couple as much as their love does.
Read Full Review >>
Mixed Publishers Weekly
...There’s a lot of explicit injury, trash talk, bad behavior excused because it’s done by the good guys, and sneering at 'the Instagram set' and other caricatures of weak, whiny liberal elites. For readers who consider 'Do your department a favor and just put a bullet in your head' to be pithy advice for a suicidal lover, Ward’s facility with topical one-liners will make this a hit, but readers seeking actual romance would do well to avoid it.
Read Full Review >>
Pan Kirkus
Ward known best for her Black Dagger Brotherhood series, relies on double-entendre instead of realistic dialogue and stock characters in place of complicated people in a dangerous profession. For a story centered around flames, there is no spark between the characters.
Read Full Review >>
See All Reviews >>
SIMILAR BOOKS
Fiction

The Devil Takes You Home
Gabino Iglesias
Positive
What did you think of Consumed?
© LitHub | Privacy