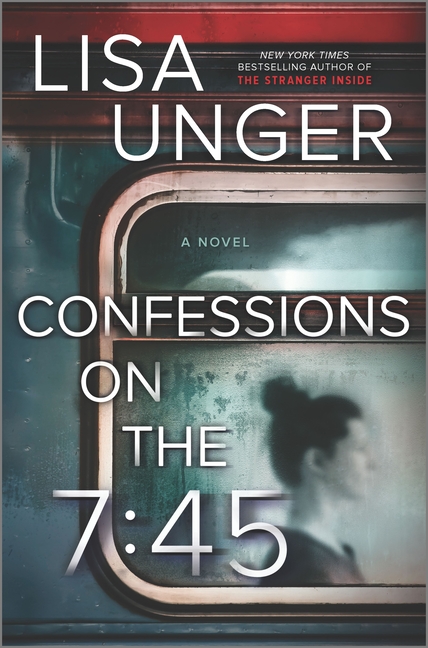 Selena Murphy is commuting home on the train when she strikes up a conversation with a beautiful stranger in the next seat. The woman introduces herself as Martha and soon confesses that she's been stuck in an affair with her boss. Selena, in turn, confesses that she suspects her husband is sleeping with the nanny. When the train arrives at Selena's station, the two women part ways, presumably never to meet again. Then the nanny disappears. As Selena is pulled into the mystery of what happened, and as the fractures in her marriage grow deeper, she begins to wonder, who was Martha really? But she is hardly prepared for what she'll discover...

What The Reviewers Say
Rave Toni V. Sweeney,
New York Journal of Books
Told from the viewpoints of the various women involved, this story is a complicated narrative of abandonment, revenge, and justice. At first, there appears to be no correlation between the various women whose stories are told, but as the web slowly tightens, the obvious becomes clear. This is definitely one story in which even the sharpest reader (and those who usually divine the outcome immediately) won’t guess all the implications before they are actually revealed ... All in all, this is a powerful story of how the resentment and pain of abandonment can sweep the guilty as well as the innocent into a maelstrom of hate from which none will emerge unscathed—but occasionally, in spite of that hate, affection for someone may still filter through.
Read Full Review >>
Rave Oline H. Cogdill,
The Sun-Sentinel
Lisa Unger, who lives in Clearwater, delivers a masterful mystery in Confessions on the 7:45, as she skillfully builds a multi-layered plot with myriad surprising twists. Unger’s propensity for constructing complicated, realistic characters in her 18 novels ratchets up another level. Confessions on the 7:45 is filled with believable characters who embody 'all the facets, all the glittering good folded in with the bad. . . .even the worst among us might still be worthy of love.' The train trope has been the background for many mysteries, including Patricia Highsmith’s hate-filled Strangers on a Train and Paula Hawkins' voyeuristic Girl on the Train. Unger makes this setting all her own in her innovative Confessions on the 7:45.
Read Full Review >>
Rave Publishers Weekly
In this exquisitely crafted psychological thriller from Edgar finalist Unger (The Stranger Inside), Selena Murphy trades confessions with a stranger named Martha while the two are trapped in a stalled New York City commuter train ... Unger explores the complexities of marriage and the devastation wrought by infidelity using keenly rendered characters and a prismatic narrative. Though Geneva’s disappearance drives the plot, smaller puzzles abound, heightening suspense and connecting seemingly disparate story lines in diabolically clever ways. Unger just keeps getting better.
Read Full Review >>
See All Reviews >>
SIMILAR BOOKS
Fiction

The Hacienda
Isabel Cañas
Positive
What did you think of Confessions on the 7:45: A Novel?
© LitHub | Privacy