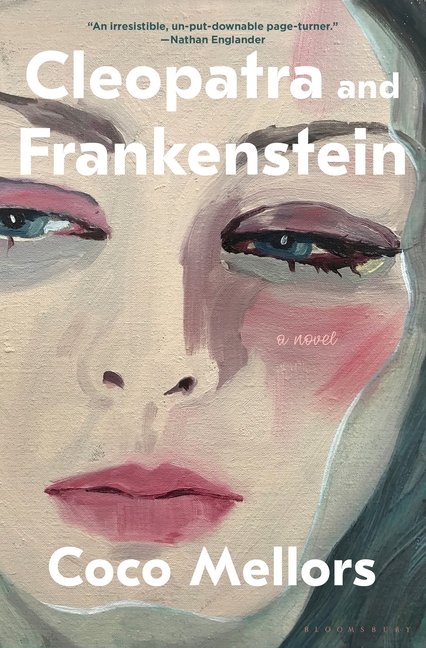 A debut novel about the shock waves caused by one couple's impulsive marriage.

What The Reviewers Say
Mixed LORRAINE BERRY,
The Los Angeles Times
... tantalizing but blithe ... In what I’m worried is not a coincidence, the book’s clearest outsiders are two of the non-WASPs: brainy, unattractive Eleanor, the anti-Cleo, and Santiago, the overweight, unpartnered Peruvian. It’s hard not to think of them as magical minorities, helping the messy beautiful white people see themselves more deeply ... The relationships themselves rarely feel lived-in ... Internal emotions are described in similar ways — voice-overs clumped at the ends of chapters sharing how a character had 'really' been feeling ... Maybe this comes down to a lack of social context. The servers who support the characters’ lifestyles are barely remarked upon. The homeless or the 'gypsy' begging in the street are objects of distaste. And the voyage of discovery is taken along a river of self, with society and its greater problems hidden away along the banks. With the exceptions of Eleanor and Santiago, Mellors’ characters ignore the outside world. It isn’t clear whether the author intends this as social critique ... This is Mellors’ debut novel, and it’s clear that she knows a world built on flash and substances (but not substance) is bound to crumble. She has written some extraordinary sentences and shows a great talent for dialogue. And she cannily sets Gen X artists who found a way to combine art with commerce against millennials who were raised to grasp at shiny objects that wound up beyond their reach ... There’s nothing wrong with writing books that are ripe for adaptation...But the type of enlightenment presented in certain novels, in which easy access to money makes chasing one’s art a matter only of finding oneself, ignores a world on fire with chaos and inequality. And it tends not to make for great TV either.
Read Full Review >>
Positive Courtney Eathorne,
Booklist
Mellors’ debut novel is deeply engrossing and easily lovable, perfect for fans of Sally Rooney and Lauren Groff.
Read Full Review >>
Rave Kirkus
... remarkably assured and sensitive ... The novel’s somber stretches, wide cast of characters, and cross sections of New York social spheres strongly evoke Hanya Yanagihara’s A Little Life, but Mellors also cultivates a sprightlier style that keeps the novel’s familiar tropes from feeling clichéd or reducing her characters to types. (Think of Armistead Maupin or Laurie Colwin in a moodier register.) She’s playful with characterization and voice; Eleanor’s sections are distinctively written in the first-person, with a young writer’s pitch-perfect brashness and anxiety. And she describes parties, workplaces, apartments, and familial dynamics with impressive sophistication. She has a knack for crisp, witty summaries ... But the humor doesn’t overwhelm the melancholy heart of the story: At its core, it’s a novel about how love and lovers are easily misinterpreted and how romantic troubles affect friends and family ... A canny and engrossing rewiring of the big-city romance.
Read Full Review >>
See All Reviews >>
SIMILAR BOOKS
Coming Soon

Fellowship Point
Alice Elliott Dark
Rave
What did you think of Cleopatra and Frankenstein?
© LitHub | Privacy