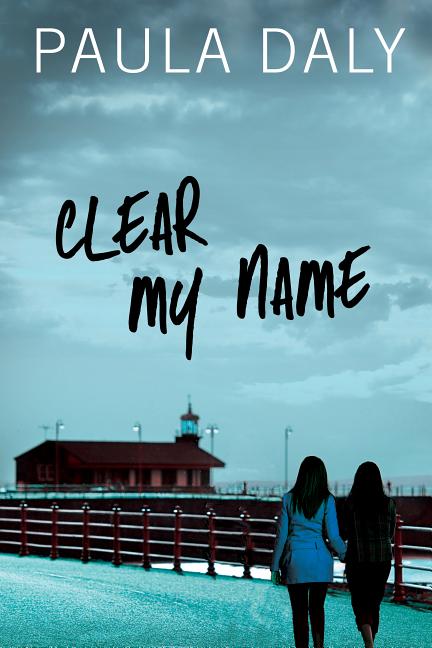 When Carrie was accused of brutally murdering her husband’s lover, she denied it. She denied it again when they found her blood inside his house, again when they put her in front of a jury, and again when they sent her to prison. Now she’s three years into her fifteen-year sentence, gradually losing hope and separated from her pregnant daughter, but she is still maintaining her innocence. Tess is the only paid employee of Innocence UK, a charity that helps clear people wrongfully convicted of crimes, and which accepts Carrie’s case. But can Tess trust Carrie?

What The Reviewers Say
Positive Elyse Discher,
BookPage
It’s evident from the first page of Clear My Name that Paula Daly’s heroine, investigator Tess Gilroy, is as adept at keeping secrets as she is at uncovering them. Between Tess and Carrie, the woman she’s trying to prove innocent of murder, we’re left with two narrators who are simultaneously sympathetic and also inherently unreliable. Add exquisite pacing and a plot with some real twists, and you have a recipe for a book bound to keep you up all night ... Eventually Tess’ and Carrie’s narratives collide in a way that is genuinely shocking. The last quarter of this mystery doesn’t so much as unfold as it explodes; the tension is at a fever pitch and the final revelations are genuinely surprising ... With a wonderfully executed mystery and two unreliable narrators, Clear My Name straddles the line between psychological thriller and good old-fashioned whodunit.
Read Full Review >>
Positive Jane Murphy,
Booklist
A sixth winner for Daly...with a timely theme, the incarceration of the wrongly convicted, at its core ... Fans of domestic thrillers will find the revelations about families and the lengths that mothers and daughters will go to protect one another both disturbing and touching.
Read Full Review >>
Positive Publishers Weekly
...[a] powerful thriller ... As Tess searches for the break that could give Carrie back her life, the author skillfully explores the question of whether Tess can finally manage to do the same for herself. Daly’s fans will welcome this gritty departure from her popular novels of domestic suspense.
Read Full Review >>
See All Reviews >>
SIMILAR BOOKS
Fiction

The Devil Takes You Home
Gabino Iglesias
Positive
What did you think of Clear My Name?
© LitHub | Privacy