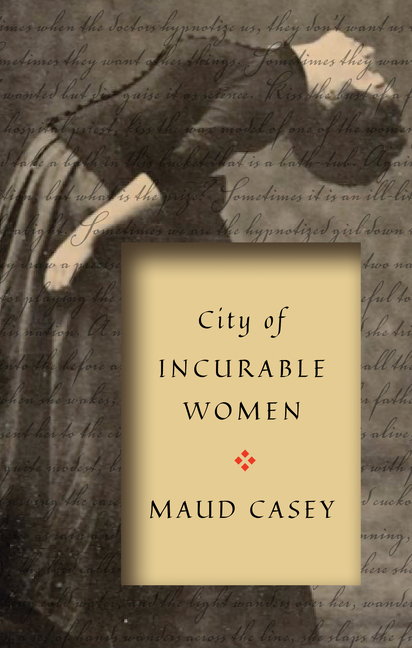 Long history's ghosts, marginalized and dispossessed due to their gender and class, these women are reimagined as complex, flesh-and-blood people with stories to tell. These linked, evocative prose portraits, accompanied by period photographs and medical documents both authentic and invented, poignantly restore the humanity to the 19th-century female psychiatric patients confined in Paris's Salpêtrière hospital and reduced to specimens for study by the neurologist Jean-Martin Charcot and his male colleagues.

What The Reviewers Say
Rave Wendy Smith,
The Boston Globe
A haunted and haunting book, short, but densely packed with metaphor and meaning. Ghostly black-and-white photographs of the Salpêtrière Hospital in Paris and women treated for hysteria there in the 19th century, accompanied by case study notes and 'photographic service' cards recording the subjects’ symptoms, convey the impression that we are reading messages from the dead past. This is an illusion created by Casey’s skillful blend of fact and fiction. The case histories and service card texts are partly based on rough translations of primary sources, partly invented ... Yet the novel is poetic rather than polemic, elegantly written and filled with resonant imagery ... Casey crafts individual portraits and a collective monologue that show them as human beings with histories, desires, and, yes, bodies: their principal weapon in the battle to wrest some kind of recognition from the men who rule their lives ... Despite its often somber tone, City of Incurable Women is in the end affirmative and inspiring, a powerful demonstration of Maud Casey’s artistry.
Read Full Review >>
Rave Bethany Latham,
Historical Novel Society
Literary, impressionistic ... The prose is stream-of-consciousness, and the brief chapters...are interspersed with artifacts of a sort—case notes, photographs of the denizens of the Salpêtrière, catalog cards for the photographs. Casey has pulled some information verbatim from actual artifacts...others she embellishes or creates entirely based on information from contemporary sources. The resulting episodic, indistinct sketches of these women occasionally coalesce into moments of devastating clarity that illustrate suffering, past trauma, paralysis, loneliness—and how it might feel to be poked and peered at like an interesting insect under glass, rather than treated as a human being.
Read Full Review >>
Rave Hannah Joyner,
On the Seawall
A rigorous historical investigation and a thoughtful consideration of cultural context. Nevertheless, it is a novel ... Casey thinks about trauma in ways not dissimilar to how an academic historian might: as moments of pain and suffering to which human beings respond in unpredictable and sometimes creative ways. How Casey uses this information, however, differs from what historians would do: she uses the asylum records not as evidence but as an ignition for her prodigious imagination. In her novel, these women transcend the limits of the historical record — where they are all but silent and frozen — and become main characters fully alive in their complexity ... Casey’s subtle braiding of suffering and strength is the beating heart of this extraordinary work of imagination. The trauma her characters experience never becomes a pat explanation for personal difficulties or failures. Instead, these 'incurable women' create complex selves always in motion — full of pain but also power, pleasure, and above all mystery.
Read Full Review >>
See All Reviews >>
SIMILAR BOOKS
Fiction

Trust
Hernan Diaz
Rave
What did you think of City of Incurable Women?
© LitHub | Privacy