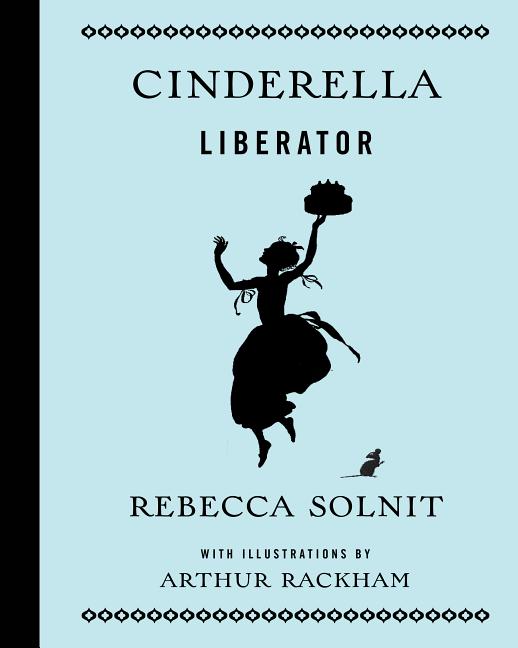 In this modern twist on the classic story, Cinderella meets her fairy godmother, goes to a ball, and makes friends with a prince. But that is where the familiar story ends. Instead of waiting to be rescued, Cinderella learns that she can save herself and those around her by being true to herself and standing up for what she believes.

What The Reviewers Say
Rave Annette Lapointe,
The New York Journal of Books
Solnit never pretends that children don’t understand power politics. Rather, she acknowledges that children have profound senses of fairness and justice, and that they are deeply curious about why people behave the way they do ... doesn’t revolve around the ascension of one hyper-successful girl. Rather, it allows each character to find a safe, comfortable, productive, and helpful social role ... The images are expressive and quirky and resist the kinds of details (skin tone, particularly) that might resist Solnit’s movement to more universal representation ... Most admirably, Solnit has created a fairy tale that reframes its politics in favor of equality and freedom without simply preaching. The elements of the fairy tale that a child is likely to demand (clothes, transformation, glass slippers, a fairy godmother) are still present. Other elements that a child might fret at, like the fate of Cinderella’s mother (a ship’s captain away on a long voyage) are likewise accounted for. This is a book likely to age well. It’s genuine, charming, and confident in its presentation of independent girlhood.
Read Full Review >>
Rave Julie Buntin,
San Francisco Chronicle
This is not the one-note portrait of misery that you might remember. With wit and tenderness, Solnit continues to tweak the fairy tale, even as the plot follows the grooves of the original. Yes, there’s a fairy godmother, but she doesn’t appear until Cinderella asks for help. When she speaks, her voice sounds like 'milk pouring into a glass and the wings of a pigeon'; one of several synesthetic descriptions that light up the imagination ... the contrast between Cinderella’s down-to-earth, relatable progression and Arthur Rackham’s timeless silhouettes elevates this picture book into an art object. It feels entirely fresh, and yet, with a whimsical silhouette on every page, like a tribute to all the Cinderellas who have captivated readers for centuries. I would treasure reading Solnit’s rendition to kids, and I hope its messages can supplant — or at least augment — some of the insidiously toxic tropes of the well-worn story.
Read Full Review >>
Positive Kelly Barnhill,
The New York Times
Rebecca Solnit’s Cinderella Liberator applies subtle shifts and gentle questions to recast this familiar story into a tale that is fundamentally about freedom ... While the narration very occasionally gets more heavy-handed than it ought to, largely the tone remains clear, deft and purposeful, as the form requires. The decision to use Arthur Rackham’s original cut-paper silhouette illustrations was a brilliant choice. And for the true book nerd, Solnit’s backmatter explores the deeper meaning of the Cinderella story, and the light it sheds on the plight of the downtrodden and subjugated even today ... This is, hands down, a wonderful book — one that even the jaded reader will clasp upon completion with a contented sigh.
Read Full Review >>
See All Reviews >>
SIMILAR BOOKS
Coming Soon

What Could Be Saved
Liese O'Halloran Schwarz
Positive
What did you think of Cinderella Liberator?
© LitHub | Privacy