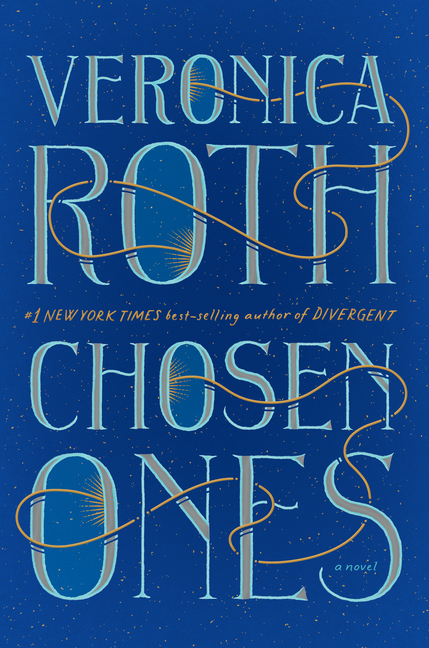 On the tenth anniversary of the Dark One’s defeat, something unthinkable happens: one of the Chosen Ones dies. When the others gather for the funeral, they discover the Dark One’s ultimate goal was much bigger than they, the government, or even prophecy could have foretold—bigger than the world itself. From the author of the Divergent.

What The Reviewers Say
Mixed Naomi Novik,
The New York Times Book Review
There’s a sharp and jagged disconnect running through the heart of Chosen Ones, and it mimics the often harsh line between stories we tell ourselves about our lives, and the messier process of actually living them ... Roth trades the world Sloane saved, the world we’ve begun to live in, for a parallel one swamped with exposition and a fresh case of mortal peril. All the characters we were starting to care about are put to one side along with Sloane’s relationships with them; new ones are quickly pushed into a prominence that feels unearned, especially after the slow build of the first half of the book ... Sloane is a strong enough character to carry you the whole way, to make you want to keep going with her into that second world and its new cast and come out the other end. But when you do, it’s with the slightly frustrating sense that you might have wanted the story that wasn’t told more than the one you were given: the one offered by the first part with all its ugly complexities, full of Sloane’s drifting and pain, the smirking hunger of the reporters and the public, the smaller but infinitely painful stakes. But even despite the disruption, that world stays with you the whole way through, and makes the final ending land on satisfyingly unsteady ground.
Read Full Review >>
Rave Rosie Smith,
The Nerd Daily
Roth delves deeper into issues previously touched upon in her young adult fiction looking at how these affect characters in their 30’s, inviting an older audience to enjoy her work ... Roth also manages to convey relatable and universal issues all young adults face post-school/university etc. such as confusion, directionless, and loneliness ... As well as Roth’s sensitive character building and development, Chosen Ones also contains in-depth and innovative world building, with particular focus on magic ... A clever device used within Chosen Ones is the use of reports and newspaper cuttings throughout. This breaks up the narrative and offers perspectives other than our protagonists ... Overall, Roth offers the reader transportation to a rich, well thought out, magical world that also deals with more adult themes around mental health, death, and loss. Roth provides a completely new and alternative look at the dark vs. light theme with complex and fantastically developed characters. The storyline weaves throughout many shocking twists and turns right up until the last page, all of which I will omit discussing here so you will be as shocked and enthralled as I was when you read Chosen Ones.
Read Full Review >>
Positive Mary Retta,
Tor.com
Roth’s latest novel shines on a number of fronts. The prose is fast paced and engaging, and the author has a knack for blending fantasy with elements of reality that are so compelling they almost feel tactile. The characters in Chosen Ones also drive the book forward ... The plot, of course, is the main attraction of the novel, and Roth allows a good deal of suspense to drive the novel forward ... Through a combination of present action and much needed flashbacks, Roth allows the readers to both watch the characters move forward in their current journey and understand their fears and anxieties through context. Though the book takes many dark and serious turns, Roth also finds ways to imbue her trademark humor into the plot through the lovable relationships between its main characters ... seems like not only a great read for Roth’s intended adult audience, but also a relevant choice for many younger readers as well ... In these chronically uncertain times, Roth’s Chosen Ones offers us reassurance that we will make it to the other side of crisis and live to tell the tale.
Read Full Review >>
See All Reviews >>
SIMILAR BOOKS
Fantasy

40
Alan Heathcock
Positive
What did you think of Chosen Ones?
© LitHub | Privacy