Child in the Valley 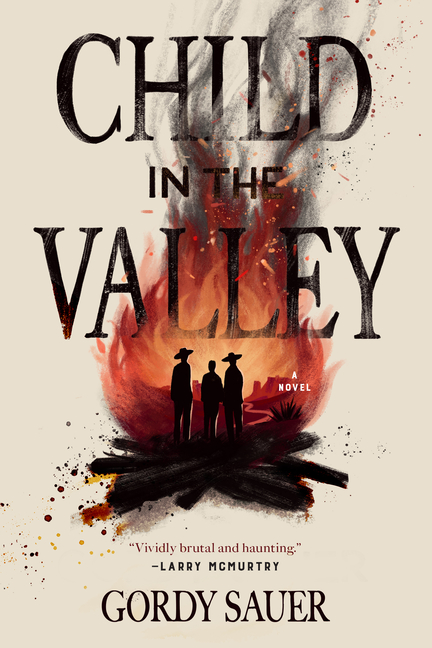 Seventeen-year-old Joshua Gaines is the orphaned foster son of a failed doctor on the run from his father’s debt. In 1849, he travels to Independence, Missouri and falls in with the mysterious, four-fingered Renard, and his companion, formerly-enslaved Free Ray. Joshua offers his medical expertise to their party, and together they embark on the fifteen-hundred mile overland journey to Gold Rush California.

What The Reviewers Say
Positive Tim Diovanni,
The Dallas Morning News
... a strong first novel ... What distinguishes the plot from a potboiler Western is the vivid portrayal of Joshua’s transformation ... possesses a charged emotional power. With a potent lyrical style, Sauer plumbs the depths of Joshua’s loneliness, his loathing toward his father and attempts to repress his sexual desires ... Sauer proves equally adept at limning Joshua’s surroundings — from the shattered grandfather clocks, broken stoves and tattered American flags left behind by shoals of westward-bound emigrants, to the majestic landscapes that the characters traverse. Several passages are so vibrant and moving that they send a tingle down a reader’s spine. Only rarely does the prose lapse into truism ... While Sauer’s description of the 19th-century Wild West is evocative and insightful, at times his characters seem to have a foot in a more modern world, resulting in surprising anachronisms ... Despite these slight reservations, it is clear from the novel that Sauer is an assured new literary voice from Texas. His careful control of narrative, and convincing sculpting of the central character in particular, make this reader look forward to his future efforts.
Read Full Review >>
Positive Dale Singer,
The St. Louis Post-Dispatch
Anyone with an idyllic vision of dreamers in wagon trains streaming west from Missouri to scoop up California gold will come away from Gordy Sauer’s atmospheric novel with a whole new view of the 49ers’ experience ... For the most part, Sauer details their adventures and misadventures well. But sometimes the language he uses is overly ornamental, contrasting and at times conflicting with the stark conditions on the ground. When the language and the action mesh, the novel is powerful; when they don’t, the juxtaposition can be jarring.
Read Full Review >>
Positive Kirkus
Sauer efficiently portrays the danger and routine hardships of the small party’s 1,500-mile trek along with other emigrants without ignoring the harsh beauty of the American wilderness ... Only occasionally lapsing into self-consciously literary prose, Sauer balances vivid scenes of violence and betrayal with glimpses of Joshua’s emotional turmoil as he’s drawn more deeply into Renard’s scheme, one that with each murderous theft transports him further from his dream of following his father into the medical profession ... Morality clashes with greed and savagery on the American frontier.
Read Full Review >>
See All Reviews >>
SIMILAR BOOKS
Fiction

This Other Eden
Paul Harding
Rave
What did you think of Child in the Valley?
© LitHub | Privacy