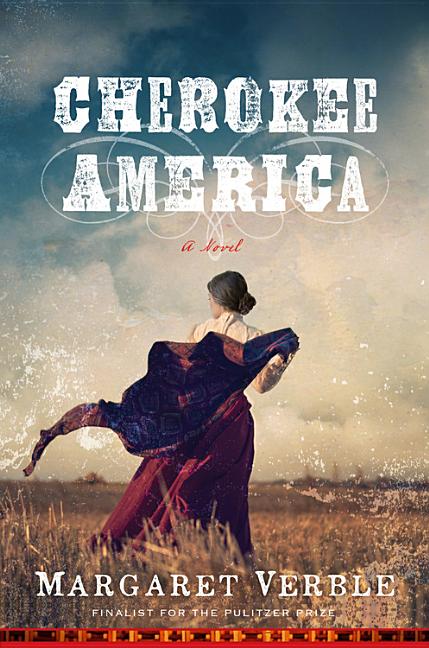 From the author of the Pulitzer Prize finalist Maud's Line, an epic novel that follows a web of complex family alliances and culture clashes in the Cherokee Nation during the aftermath of the Civil War, and the woman at its center.

What The Reviewers Say
Positive Melissa Lenhardt,
The New York Times Book Review
The author’s desire to keep to cultural accuracy is understandable. Still, readers may wish Verble, herself a member of the Cherokee Nation of Oklahoma, had used authorial discretion and given Check enough agency to drive the plot rather than sideline her as a frustrated observer. But Verble’s decision to stay true to Cherokee history ultimately pays off. Viewed as a cultural and character study, Cherokee America sings ... Cherokee America is an essential corrective to the racially tinged myths created to justify the annihilation of indigenous cultures and the theft of native lands ... You’re invested in [the characters], their culture, their life. Verble has given historical fiction lovers a real gift: Cherokee America is an excellent illustration of how diverse books enrich literature, and the minds of those who read them.
Read Full Review >>
Positive G. Robert Frazier,
BookPage
Meanders quite a bit due to its impressive cast and multiple storylines, taking its time to explore each’s feelings and tribulations, but Verble keeps Check at its grounded center. Readers shouldn’t expect to fly through these pages at breakneck speed, but rather enjoy a more leisurely pace that will leave them wholly immersed in Check’s world.
Read Full Review >>
Positive Jeanne Greene,
Booklist
This complicated, engrossing story of the post–Civil War West is a prequel to Verble’s Pulitzer Prize finalist, Maud’s Line (2016), but stands on its own.
Read Full Review >>
See All Reviews >>
SIMILAR BOOKS
Fiction

This Other Eden
Paul Harding
Rave
What did you think of Cherokee America?
© LitHub | Privacy