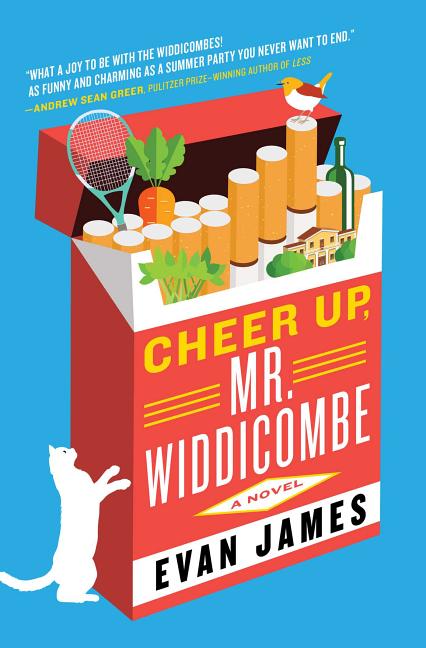 A comedy of manners about an eccentric family and the absurd happenings that befall them during one frenzied summer at their home in the Pacific Northwest.

What The Reviewers Say
Positive Annie Bostrom,
Booklist
... the narrator of James’ debut guides readers through this mordant comedy of manners ... James is a fine writer, and his narrator maintains a consistent, ironically self-serious tone, skewering contemporary mindfulness culture and the pursuits of those with time, money, or both to burn.
Read Full Review >>
Mixed Bethanne Patrick,
The Washington Post
... a comedy of Northwest manners, as if Where’d You Go, Bernadette? had been written after a long alcoholic weekend, an exquisite corpse cobbled together by a raucous, sophisticated group of writing instructors. But does it add up to anything coherent? Maybe not ... And the dialogue, oh how it singes and sears! ... James is a writer to watch, one with a fresh take on American flaws and virtues that nevertheless feels old-school screwball.
Read Full Review >>
Positive Joanna Burkhardt,
Library Journal
First novelist James boasts numerous literary honors, here delivering an absurd and hilarious satire full of unlikely characters who are all wildly introspective, dysfunctional, and prone to New Age philosophizing.
Read Full Review >>
See All Reviews >>
SIMILAR BOOKS
Fiction

Milk Fed
Melissa Broder
Rave
What did you think of Cheer Up, Mr. Widdicombe?
© LitHub | Privacy