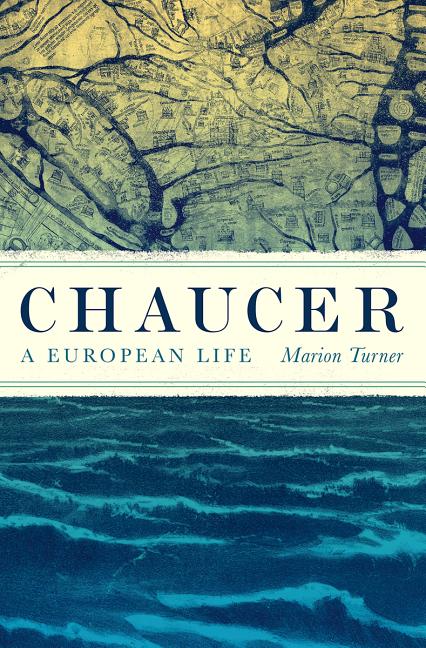 More than any other canonical English writer, Geoffrey Chaucer lived and worked at the centre of political life―yet his poems are anything but conventional. Marion Turner recreates the cosmopolitan world in which a wine merchant’s son became one of the most celebrated of all English poets.

What The Reviewers Say
Rave Steve Donoghue,
Open Letters Review
Turner is a smooth, engaging writer and an exhaustive one. She obviously cares about keeping her readers interested (and she herself seems raptly interested throughout), but she’s likewise unwilling to skirt, condense, or over-simplify, and she has an enormous story to tell ... Turner follows every detail of every one of these lives, reads them all with unfailing complexity, and even manages to be a good though sometimes tone-deaf guide to the poetry itself ... through it all, she’s alive to the same quality of mutability that so fascinated the poet himself ... for readers who already have a familiarity with Chaucer’s life and times, this meaty new biography is likely to be the best book on the subject for decades to come.
Read Full Review >>
Positive Mark Williams,
The Times
In this fine biography, Marion Turner...gives us new images of the poet ... Turner’s biography takes us from birth to death in 1400, but focuses on the spaces through which Chaucer moved, in reality and in poetic imagination. This is a clever move because there are any number of guides to Chaucer’s writings, and Turner’s technique means that the poet’s works can be woven organically into an account of his life ... The book is elegantly written ... it would be accessible to the general reader as well as the scholarly specialist. Throughout his works Chaucer refuses again and again to weigh things up for us and come to a decisive conclusion; nor does Turner, imitating her subject, but in suggesting further questions and presenting an array of new images, her book gives us back a Chaucer more melancholy and mercurial than the cosy figure we thought we knew.
Read Full Review >>
Rave Laurie Hertzel,
The Star Tribune
It’s all about the context. And in Marion Turner’s brilliant Chaucer: A European Life ... you will learn not only about the life of the man behind The Canterbury Tales, you will learn about the bustling, fast-changing world in which he lived and traveled ... It’s a long book, and very detailed. But if you are interested in history, poetry or the man who invented iambic pentameter, it’s fascinating.
Read Full Review >>
See All Reviews >>
What did you think of Chaucer: A European Life?
© LitHub | Privacy