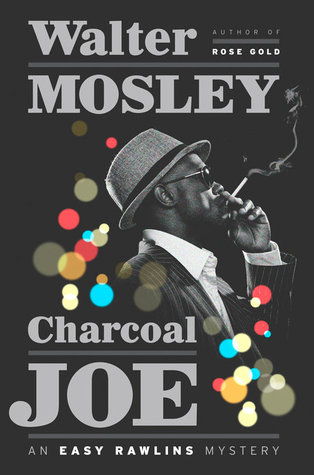 What The Reviewers Say
Positive Neely Tucker,
The Washington Post
Chandler’s novels and James Ellroy’s 'L.A. Quartet' covered the same city and era — the 1940s and 1950s — but neither offered any real insight into the black side of town. Think of the wrongly charged black suspects in Ellroy’s brilliant L.A. Confidential, for example. The black guys are there as a plot complication. The detectives really don’t pay any price for blowing them away. If Easy had investigated? That would have been the story, full stop ... If you’ve read Mosley, you know that Easy is probably going to figure things out by the end, although at a cost. But like the crosstown drive from West L.A. to Watts, you don’t hop in the car with Easy Rawlins for the destination. You ride shotgun for the trip.
Read Full Review >>
Positive Steve Novak,
The Pittsburgh Post-Gazette
Mr. Mosley always gives the Easy Rawlins novels a thorough description of black life and culture in the Los Angeles area in the 1950s and the 1960s. Much like Raymond Chandler did in his portrait of Southern California for his fictional private eye Philip Marlowe, or Dashiell Hammett did with Sam Spade, Mr. Mosley takes readers into the worlds of everyone from psychopathic criminals to business magnates, along with the minor players such as con men, tipsters, career criminals and cops. Each book is a triptych to another part of Easy Rawlins’ world ... Fans will be glad to know that another dangerous man, Fearless Jones, makes several appearances in this novel. Jones is another of Mr. Mosley’s characters, featured in three stand-alone novels as the main character. The entertainment value of Mr. Mosley’s latest book doesn’t rule out a corresponding educational side. In the era in which Mr. Mosley sets the story, it was very difficult for a black man to work within the confines of a legal and judicial system that was overwhelmingly white and biased. More than anything else, Easy Rawlins is a man alone, making his own path that others may later follow.
Read Full Review >>
Positive Marilyn Stasio,
The New York Times
That’s why it’s such a joy to hang around with Easy, who is...easy. No furies in his brain, no fires in his gut, just an unquenchable curiosity about people and their personal dramas. Following the meandering plot is beside the point once Mosley starts bringing on his familiar characters for Easy to chat up.
Read Full Review >>
See All Reviews >>
SIMILAR BOOKS
Fiction

The Devil Takes You Home
Gabino Iglesias
Positive
What did you think of Charcoal Joe: An Easy Rawlins Mystery?
© LitHub | Privacy