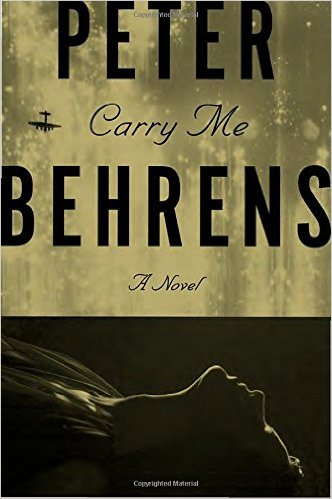 An historical novel which follows the fortunes of two intermingled families through one of the most turbulent times in modern history—England, Ireland and Germany in the first half of the 20th century.

What The Reviewers Say
Positive Dennis Bock,
The New York Times
...lengthy tracts of family history hobble the novel’s pacing a bit. But the weeks leading into Kristallnacht tighten the focus, and it’s here that Billy becomes a fully engaged protagonist.
Read Full Review >>
Positive Jason Sheehan,
NPR
Behrens is a beautiful, lyric writer. His understanding of the age and command of it, moment to moment, is impressive. What is less so is the arc of Billy and Karin's romance, so often interrupted by war and politics, and their final escape from Germany as it collapses completely into the street-fighting and savagery of Nazism.
Read Full Review >>
Mixed Laird Hunt,
The Washington Post
Behrens is so fine at both sweeping and granular evocations of history, so good at vividly and economically painting his minor players, that one wishes he had found a way to attend more effectively to all his characters ... Still, this doesn’t keep Behrens from working more of his verbal magic or the reader from feeling a sense of vivid, if all too fleeting, hope
Read Full Review >>
See All Reviews >>
SIMILAR BOOKS
Coming Soon

A Trail of Crab Tracks
Patrice Nganang
Positive
What did you think of Carry Me?
© LitHub | Privacy