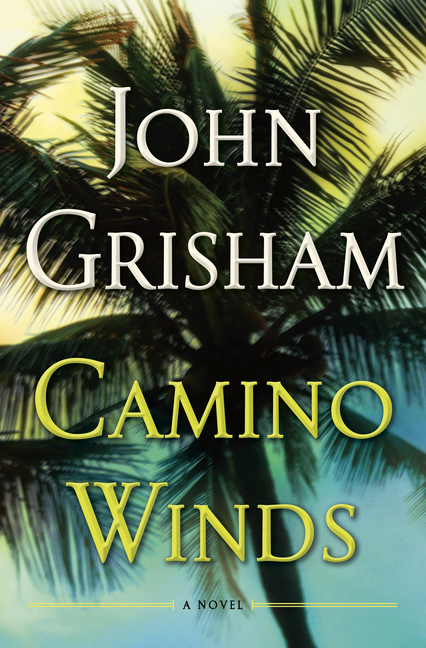 In this sequel to Camino Island, anything can happen—even a murder in the midst of a hurricane.

What The Reviewers Say
Positive Janet Maslin,
The New York Times
If Camino Winds is breezy, that’s mostly because its plot involves a ferocious hurricane. This is a Camino book with elements of a more traditional Grisham thriller thrown in ... While Camino Island offered a sexy plot hook in the form of those Fitzgerald manuscripts, Camino Winds turns out to have a more serious, issue-oriented one. It has nothing to do with Camino or the bookstore and is more like the for-profit law school scam found in Grisham’s last legal thriller, The Rooster Bar ... Grisham knows how to tell stories like that. And to his credit, he doesn’t entirely jettison the vacation mentality here, even if Camino itself is sidelined by disaster. There’s only so much time he can devote to having Bruce and his friends clear debris, after all, so over the course of the yearlong narrative he finds reasons to send them to hotels and meals elsewhere. But the island, the bookstore and the heroine were the first book’s main attractions, if only for their novelty in the Grishamverse. They are missed ... was intended as escapist entertainment, but its timing unavoidably gives it a different resonance.
Read Full Review >>
Positive Robert Croan,
The Pittsburgh Post-Gazette
The plot is light, and thin, and often obvious, despite some unexpected twists, but Mr. Grisham is an irresistible writer. His prose is fluent and gorgeous, and he has an ability to end each segment with a terse sentence than makes it all but impossible not to turn the page.
Read Full Review >>
Positive Kirkus
Grisham’s tale unfolds at a leisurely pace, never breaking into a sweat, and if the bad guys seem a touch too familiar, the rest of the cast make a varied and believable lot, and some might even be fun to ride out a storm with, at least if they're unarmed ... A pleasure for Grisham fans and an undemanding addition to the beach bag.
Read Full Review >>
See All Reviews >>
SIMILAR BOOKS
Fiction

The Every
Dave Eggers
Mixed
What did you think of Camino Winds?
© LitHub | Privacy