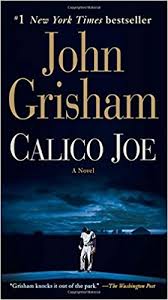 What The Reviewers Say
Positive Bill Littlefield,
The Boston Globe
Imagine that this rookie hits 21 home runs in 160 at-bats, and that he is hitting .488 when his career ends. John Grisham imagines that baseball player in Joe Castle, inevitably Calico Joe, since he comes from Calico Rock, Ark. ... Grisham’s narrator is Paul Tracey, the grown son of Warren Tracey, once a journeyman pitcher for the New York Mets. Paul unfolds much of the tale in flashbacks ... Like W.P. Kinsella’s Shoeless Joe, Calico Joe features teams made up of actual ballplayers and fictional teammates ... It would be inaccurate to characterize Calico Joe as a young reader’s book; there is death in it, and also a stroke ... is not a baseball novel, either, or at least not one upon which the reality of the game is permitted to intrude. Baseball serves as background to the preposterously unlikely achievements of one character so heroic that his doom is certain.
Read Full Review >>
Positive Martin Brady,
BookPage
John Grisham’s latest novel, Calico Joe, is something of a departure from the Arkansas-born author’s many bestsellers. Here, Grisham returns to a topic—baseball... The story toggles effectively between past and present, as protagonist Paul Tracey recalls the magical summer of 1973, when a rookie named Joe Castle joined the Chicago Cubs and proceeded to set the National League on fire with an astounding and unprecedented display of hitting ... Grisham deftly blends fact and fiction in his baseball accounts from the past, populating his story with real ballplayers from the era and neatly establishing a childlike fascination with statistics and heroic athletic feats as seen through Paul’s eyes as a youngster ... Yet beneath all the baseball lore and Grisham’s obvious affection for the game, Calico Joe offers a sad but real tale about fathers and sons and the difficulties family members can experience when attempting to re-establish severed bonds ...a smart, smooth read.
Read Full Review >>
Pan Chris Erskine,
The Los Angeles Times
Yet his newest work, Calico Joe, is as slender as a Dodgers shortstop. Coming in at under 200 pages, it is a breezy little baseball novel that will probably appeal to many men the way Nicholas Sparks' stories appeal to that other sex ...is the first-person account of a fictionalized beaning of a Chicago Cubs prodigy by the name of Joe Castle, by way of Calico Rock, Ark. ... In vintage Grisham fashion — few authors can build to a crescendo the way he does — the story picks up pace ... Not bad, in the sense that I can donate my unblemished copy to the local library in good conscience. Bad in the sense there is no riff or passage worth noting ... Call this one a bloop single for Grisham, a slugger capable of much more. And further evidence that, as a writer, he's probably more Minnie Miñoso than Babe Ruth.
Read Full Review >>
See All Reviews >>
SIMILAR BOOKS
Coming Soon

The Magnolia Palace
Fiona Davis
Rave
What did you think of Calico Joe?
© LitHub | Privacy