Bugsy Siegel: The Dark Side of the American Dream 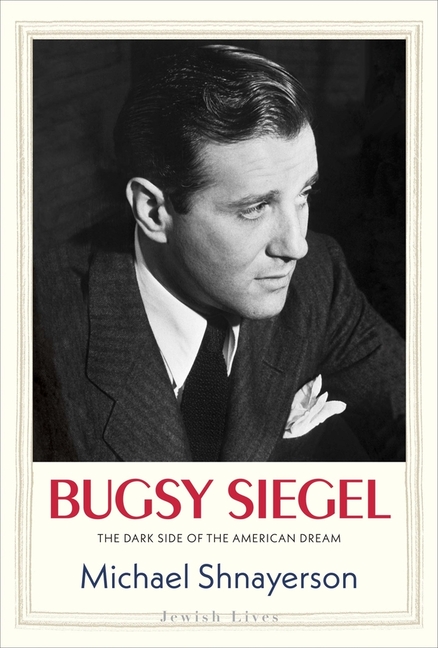 The story of the notorious Jewish gangster who ascended from New York's Lower East Side of impoverished Jewish immigrants to a life of crime from the Big Apple to the glittering Las Vegas strip.

What The Reviewers Say
Positive Jenna Weissman Joselit,
The New York Times Book Review
The man made for good copy and, based on Michael Shnayerson’s fast-paced and absorbing biography in the Jewish Lives series, he still does. written in a rat-a-tat style where money jingles and the American dream is in reach ... Shnayerson...makes good use of the gossipy published memoirs of the many people, from paramours to attorneys, who consorted with Siegel, as well as of heavily redacted F.B.I. files, their pages smudged with black ink. With a keen eye for the amusing, and humanizing, detail, he enlivens the traditional rise-and-fall narrative ... Readers awaiting a new plot twist, a late-in-the-day revelation or, for that matter, a debunking of underworld mythology, will not find it in these pages, which hew tightly to conventional wisdom. But they will come away with an enhanced understanding of, and even sympathy for, the man who, according to at least one of his associates, was the 'supreme gangster in the U.S., the top man … the big boss.'
Read Full Review >>
Positive Mattie Cook,
Library Journal
Shnayerson’s...richly reported narrative is more than the portrait of a criminal; it’s a reminder of the lengths to which children of immigrants have gone in pursuit of the elusive American dream ... Shnayerson proposes a plausible theory for the killer, but readers will be more interested in learning about Siegel’s life and crimes ... True crime fans and history lovers will appreciate this well-researched and nuanced biography of one of America’s most notorious gangsters.
Read Full Review >>
Positive Kirkus
The author’s theory about the killer’s identity is novel but perfectly plausible—and in any event, 'Ben Siegel’s imprint on Vegas grows with each next brand-new super resort.' A highly readable, fast-moving contribution to the annals of 20th-century organized crime.
Read Full Review >>
See All Reviews >>
What did you think of Bugsy Siegel: The Dark Side of the American Dream?
© LitHub | Privacy