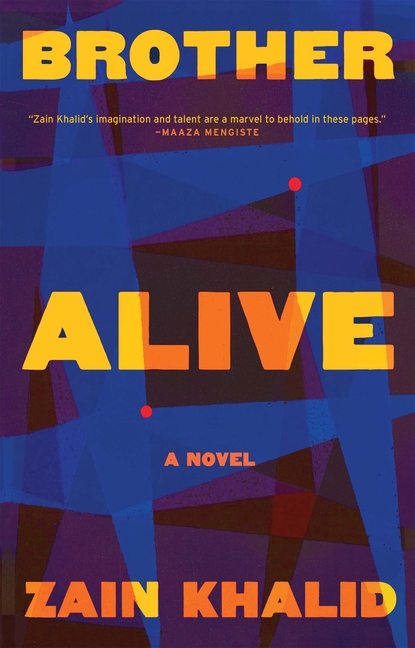 Dayo, Iseul, and Youssef are adopted as infants and share a bedroom perched atop a mosque in one of Staten Island's most diverse and underserved neighborhoods. The three boys are an inseparable trio, but conspicuous: Dayo is of Nigerian origin, Iseul is Korean, and Youssef indeterminately Middle Eastern. Youssef shares everything with his brothers, except for one secret: he sees a hallucinatory double, an imaginary friend who seems absolutely real, a shapeshifting familiar he calls Brother. Brother persists as a companion into Youssef's adult life, supporting him but also stealing his memories and shaking his grip on the world.The boys' adoptive father, Imam Salim, is known in the community for his stirring and radical sermons, but at home he often keeps himself to himself, spending his evenings in his study with whiskey-laced coffee, reading poetry or writing letters to his former compatriots back in Saudi Arabia. Like Youssef, he too has secrets, including the cause of his failing health and the truth about what happened to the boys' parents. When, years later, Imam Salim's path takes him back to Saudi Arabia, the boys, now adults, will be forced to follow. There they will be captivated by an opulent, almost futuristic world, a linear city that seems to offer a more sustainable modernity than that of the West. But this conversion has come at a great cost, and Youssef and Brother too will have to decide if they should change to survive, or try to mount a defense of their deeply-held beliefs.

What The Reviewers Say
Rave Pete Tosiello,
New York Times Book Review
Beguiling ... Its epistolary structure lending a confessional tone ... A nervy, episodic read, yet its pivots are sobering in their scale ... Khalid is such a gifted commentator that his methods bear close examination ... Brother Alive is neither a press bulletin nor a position paper. Khalid’s sentences abound with florid, poetic metaphors while maintaining the clipped, declarative tempo of Scripture.
Read Full Review >>
Rave Jonah Howell,
Cleveland Review of Books
A smooth interleaving of science-fiction with high-resolution realism and hallucinatory phantasmagoria. Now, firstly, it’s a good book—released this summer, it’s yet too early to say great or not; for me, at least, that type of judgement becomes possible only on second read. But I will say, even now, in the novel’s infancy, that it’s one of those books that appear only seldomly and bellow, from the first page, from the first line, that they require, beyond the valence-judgements expected of a review, earnest, laborious exploration.
Read Full Review >>
Positive Jonah Bromwich,
The Atlantic
... feels like the first since the onset of the coronavirus pandemic that captures the mood of New York right now, describing a wounded city where, rather than holding on to what’s gone, residents are eager to rid themselves of the recent past ... a book of ideas, a book of fathers and sons, a magical-realist mystery, and a revenge story ... Earth’s mightiest heroes often make their homes in New York, and the brothers, with their preternatural talents, leap off the book’s pages. With the gift of gab in multiple languages, Dayo embodies the city’s quest for wealth ... isn’t all darkness. Its cynicism is countered by the incredible warmth with which Khalid writes about his city ... Its contradictions make it glow. It’s thick with ideas, imagination, wordplay, name-dropping, notable NYC cameos (Argosy! The 13th Step!), and casual acts of writerly daring, which occasionally go overboard. Read it with a pen and you’ll expend more ink than a zealous NSA redactor ... Would that the rest of Brother Alive were as strong as its first act. When the book leaves the city, it tumbles off its axis. The street scenes, the density, the atmospheric reality undergirding Khalid’s fantasy disappears...without the backdrop of New York, the abstractions pile up and the churning plot ceases to satisfy ... This book, so focused on the past, sometimes seems to have little optimism for the future. But some of Khalid’s best writing comes when he has Youssef wax eloquent about whatever’s on the horizon. Even though Brother Alive is far from hopeful, wrestling with intellectual and political energies that seem to have no appropriate outlet, Youssef, and his author, maintain a sense of delirious wonder throughout. It’s a very New York quality: Every so often, the cynicism falls away and the sentiment—the affection that keeps us in this worn-out city—shines through.
Read Full Review >>
See All Reviews >>
SIMILAR BOOKS
Fiction

The House of Fortune
Jessie Burton
Mixed
What did you think of Brother Alive?
© LitHub | Privacy