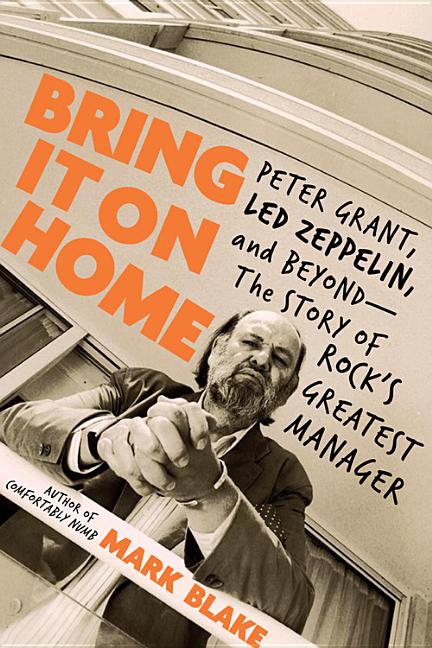 The authorized biography of the most notorious rock manager of all time, Peter Grant, best known for his work with Led Zeppelin.

What The Reviewers Say
Positive Stephen Dalton,
The Times (UK)
A juicy saga of excess all areas, Mark Blake’s biography of Led Zeppelin’s notoriously combative manager Peter Grant reads at times like an all-you-can-eat buffet of guilty pleasures ... a riotous rollercoaster ride full of larger-than-life characters, but also a cautionary tale told with at least one wary eye on the Me Too climate ... [Blake] humanises his subject as a devoted father and loyal friend without straying into sugary hagiography ... less leeringly salacious than previous biographies. His cautious probing of the band’s backstage sexploits suggests that he felt duty-bound to include this material, but was aware just how sleazy it sounded in 2018 ... an entertaining journey into a lost epoch of unchecked superstar excess. Blake is diligent on detail, but less assured on pulling back to the bigger picture. A little more cultural and social context from outside the Zeppelin bubble might have fixed Grant more firmly in his era, and also explained why this Wild West chapter in rock history had to end.
Read Full Review >>
Positive Robin McKie,
The Guardian
Entertaining, sympathetic ... provides a fresh perspective on the Zeppelin story by focusing on the group’s enabler rather than the musicians.
Read Full Review >>
Pan Chris Klimek,
The Washington Post
There’s nothing especially timely about the dutiful-but-not-colorful new Grant biography Bring It on Home, nor much that Zeppelin die-hards are likely to find revelatory ... the tepid epiphany that Grant developed a conscience once he got clean and got old simply isn’t enough of a reward for most readers to invest 300 pages into an account of his life. In his prologue, Blake declares Grant’s story 'a celebration, a cautionary tale, and a compelling human drama — far stranger than any fiction.' But the book he’s written is neither celebratory nor cautionary nor strange enough to support such an extravagant claim.
Read Full Review >>
See All Reviews >>
What did you think of Bring It on Home: Peter Grant, Led Zeppelin, and Beyond--The Story of Rock's Greatest Manager?
© LitHub | Privacy