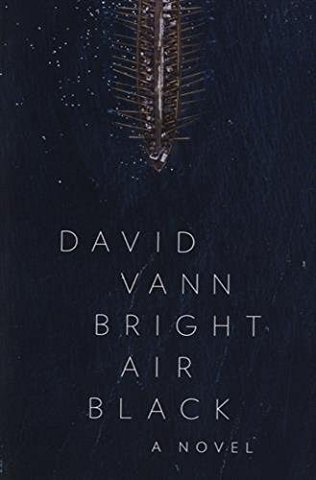 A lyrical retelling of the life of one of ancient mythology’s most fascinating and notorious women, Medea, and her exploits with Jason and the Argonauts.

What is this?
Pan
Based on 6 reviews

What The Reviewers Say
Positive Rebecca Abrams,
The Financial Times
Vann strips away the softer parts of Medea’s character as ruthlessly as Medea slits throats. She is not blinded by love for Jason but steered by cool calculation, exchanging one kind of bondage for another ... Vann evokes this visceral, sensual, brutal world of warring city states, capricious gods and fragile human agency in a fractured prose style, reminiscent of ancient Greek drama and poetry...The airless intensity of page after page of this takes some getting used to but keeps us located in time and in Medea’s point of view, hinting at something within her that is broken and damaged ... At the heart of this ambitious, dazzling, disturbing and memorable novel lies the uneasy juxtaposing of the wild and the civilised, and the complex, shifting relationship between the two.
Read Full Review >>
Pan Rebecca Foster,
The Pittsburgh Post-Gazette
...atavistic glorying in gore is a trademark of Mr. Vann’s work but there’s an extra layer of nihilism here. Medea has lost faith in Hekate, whom she once served as a priestess; now there’s 'no one to call on. Empty invocations.' The long stretch between the opening scene and the 'Argo' landing at Iolcus is an oddly monotonous swirl of battles and sex scenes ... The relentless present-tense narration, incomplete sentences, and lack of speech marks may represent resistance to traditional storytelling techniques, but simultaneously render the characters emotionally inaccessible ... Strange that Mr. Vann’s most straightforward tribute to Greek tragedy should result in his least resonant and cathartic novel.
Read Full Review >>
Mixed Mary Beard,
The New York Times Book Review
The whole book is in fact full of body parts and appalling violence, so that by the end the murder of the children seems gentle by comparison (though she does drink blood directly from the throat of one). And the prose style too is part of the defamiliarizing process: short, rhythmic, flamboyantly 'primitive' sentences, regularly omitting the verb 'to be' ('Night prolonged, Hekate hearing' is typical). It is not hard to get the point. But in comparing the modern versions of ancient myth offered by [Colm] Toibin and Vann, it is also not hard to conclude that restraint is often more powerful than flamboyance.
Read Full Review >>
See All Reviews >>
SIMILAR BOOKS
Fantasy

The Memory of Souls
Jenn Lyons
Positive
What did you think of Bright Air Black?
© LitHub | Privacy