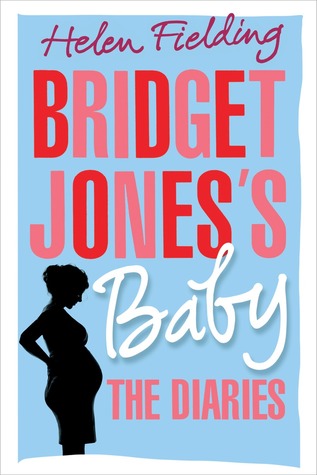 Bridget Jones, beloved singleton and global phenomenon, is back with a bump, but who is the father?

What The Reviewers Say
Positive Isabel Berwick,
The Financial Times
The usual funny and poignant mishaps ensue, written in the confessional style. Fielding’s narrative diverts from the screen version: notably that feckless Daniel Cleaver, the original 'fuckwit' in Bridget’s life (Hugh Grant reportedly refused to appear in the third film) is, gratifyingly, very much alive and central to the plot of the novel. 'VG.'
Read Full Review >>
Mixed Molly Young,
The New York Times Book Review
...the diary offers some bawdy giggles here and there ... Mentally, Jones is a teenager. Or maybe a tween. This has always been the case; her diaries come packed with capital letters for emphasis and italics for the same — gah! — reason ... Any other specimen of humanity making the same blunders would be too depressing to contemplate or to froth up into a light comic novel or to adapt into a movie with sassy music and penis jokes in the trailer. The newest of the Bridget Jones chronicles is, like all of Helen Fielding’s novels, well paced and well crafted, as symmetrical and solidly constructed as an Oreo, after all.
Read Full Review >>
Pan Claire Fallon,
The Huffington Post
...a dull retread of not just the first book and movie, but the first two books and movies ... Thus we get Mark and Daniel scuffling after prenatal classes: What a hoot! (Remember when they did that in the first book? and the second?) Even Bridget seems too bored by the replay to get worked up ... By the third time, Bridget seems, instead, like yet another friend who keeps getting back together with her noncommittal ex despite the bunting of red flags fluttering around him. Instead of being happy for her, you start to greet the news with dread.
Read Full Review >>
See All Reviews >>
SIMILAR BOOKS
Coming Soon