Break.Up: A Novel in Essays 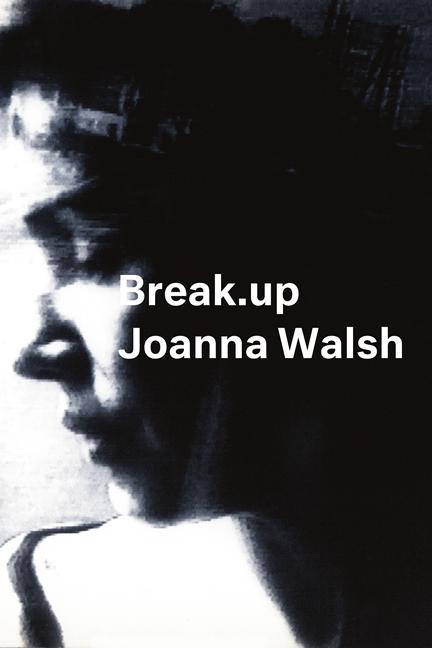 A writer goes traveling through Europe to distract herself from the end of an online romance, meditating on heartbreak, loneliness, and love in the digital age.
Positive
Based on 5 reviews

What The Reviewers Say
Rave Melynda Fuller,
The Los Angeles Review of Books
On her multi-city pilgrimage, Walsh is prepared to explore every angle of the romantic action and eventual fallout. And she does so skillfully, weaving the concrete details of her travels and life into an in-depth study of love and connection in the 21st century. Break.up works as well as it does in part because Walsh provides room for the reader to examine these topics alongside her, in turn accomplishing what the best essays do: stir up more questions than answers ... a specialty of hers is exploring grief, or the onset of grief, while on the move ... The collaging of ghostly memories, conversations real and reimagined, and philosophical investigations of the nature of love allows what could have been a straightforward narrative hinged on a literary trope to become a rambling hybrid essay that urges the reader to dig deeper, too ... Because of the care Walsh has taken to create both a sound investigation and a narrator strong enough to carry the reader through the book’s experimental structure, Break.up maintains its momentum to the end, even as the novel-in-essays, predictably, meanders—between past and present, obsession and distraction, love and pain.
Read Full Review >>
Positive Steve Himmer,
Necessary Fiction
Break.up develops in fragments, reminding me at times (quite happily) of recent hybrid novels by Olga Tokarczuk and Dubravka Ugrešić. The book’s most present momentum comes from travel itself, from setting out toward and arriving at destinations. But just as in actual travel the thoughts and threads that spin out along the way are what make the trip, considerations of boredom and André Breton’s Nadja and the narrator’s own former marriage preceding the more recently broken romance. Those considerations and concerns are often marked by quotes and citations, not as footnotes or endnotes we readers might ignore but as insets shunting the present paragraph off to one side, insisting we pause for a moment and take aboard the stowaway texts as fellow travellers. And as in the passage above about laptops and marriage, those threads loop and echo, recurring and resonating across the book. The form is the experience ... Walsh’s novel asks questions that aren’t necessarily 'new' ... But they are inflected differently for a networked age as she asks them through a hybridization of genre and form, and of author and character, that makes such questions more than academic: they are the stuff of our modern lives, of modern travel and modern romance, complicating the reading and writing of literature as they complicate everything else.
Read Full Review >>
Mixed Sarah Ditum,
The Guardian
Break.up goes further still than Walsh’s previous work in challenging genre boundaries. The contract between reader and writer is as uncertain as the one between the woman and the man, who never agreed what kind of relationship they were forming together. It’s a novel, because it says fiction on the jacket. But this is a novel that is very strangely written, with quotes from other writers in the margins (Michel Foucault, Sigmund Freud, an unexpected appearance from Nazi architect Albert Speer, a line from Chris Kraus’s I Love Dick—another novel in which a female writer turns a consuming crush into fiction). It’s also travel writing, because as the woman passes through Europe’s cities, she notes down her observations ... There are parts of Break.up that thrill ... But when she uses the women of Amsterdam’s red light district as a backdrop for a digression on sex as performance art, she seems as culpable as the men in Bluebeard’s library of turning them into props ...What I feel in the end is admiration without pleasure. Walsh places feelings on display, yet keeps them austerely inaccessible, and I see the point of this without enjoying the effect ... Break.up is a book you could fall for if you like your fiction and your love objects hard-to-get, but not one, I suspect, that will repay your trust.
Read Full Review >>
See All Reviews >>
What did you think of Break.Up: A Novel in Essays?
© LitHub | Privacy