Boys and Oil: Growing Up Gay in a Fractured Land 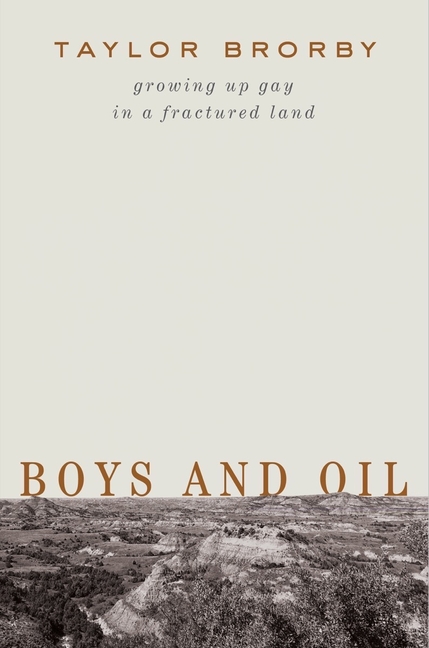 Brorby recounts his upbringing in the coalfields; his adolescent infatuation with books; and how he felt intrinsically different from other boys. Now an environmentalist, Brorby uses the destruction of large swathes of the West as a metaphor for the terror he experienced as a youth. From an assault outside a bar in an oil boom town to a furtive romance, and from his awakening as an activist to his arrest at the Dakota Access Pipeline, Boys and Oil provides a startling portrait of an America that persists despite well-intentioned legal protections.

What The Reviewers Say
Rave Jung Yun,
New York Times Book Review
In strikingly visual prose, he describes hunting, fishing and roaming the grassy prairies, developing an appreciation for the richly hued land ... As I often tell my students, a good memoir allows readers to find moments of common ground with the author. Having grown up in North Dakota, I related to Brorby’s reverence for the underappreciated beauty of our home state and cackled with knowing delight at his description of Medora ... A great memoir, however, renders moments wholly outside of the reader’s experience in ways that evoke emotion and understanding. I tensed with fear at Brorby’s recollections of harassment and beatings, felt the still-unhealed wound of his being outed by his aunt and effectively estranged from his parents, and teared up with hope when he came out to his beloved grandfathers ... Brorby has written not only a truly great memoir, but also a frighteningly relevant one that speaks to the many battles we still have left to fight.
Read Full Review >>
Positive Michael Cart,
Booklist
Affecting ... Brorby writes movingly ... A fine book.
Read Full Review >>
Rave Publishers Weekly
A lyrical meditation ... While exquisitely conjuring his awe for the area...he conveys his complicated relationship to it as a young queer man hiding in a town where 'it wasn’t safe to be gay.' As the engrossing narrative unwinds, Brorby recounts his subsequent exile ... In the process, he offers a beautiful and complex look at how one can grow in the most unlikely places. Even at its most elegiac, this brims with quiet hope.
Read Full Review >>
See All Reviews >>
What did you think of Boys and Oil: Growing Up Gay in a Fractured Land?
© LitHub | Privacy