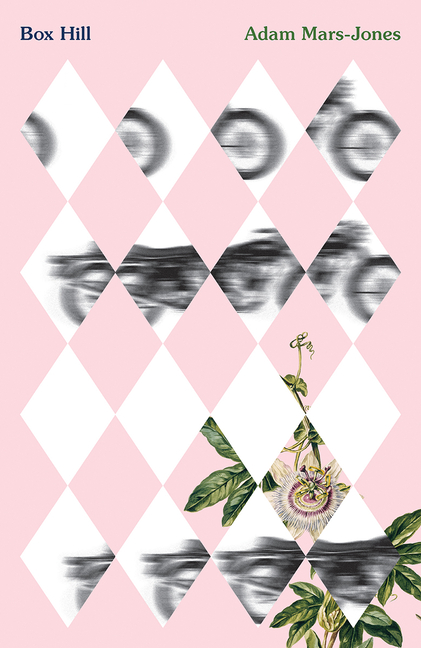 In seventies Surrey, chubby, unprepossessing Colin stumbles across Ray, the dangerously good looking, older leader of a local biker gang. Colin moves in with Ray immediately, beginning a relationship of total submission that will last for six years. Winner of the 2019 Fitzcarraldo Editions Novel Prize.

What The Reviewers Say
Rave Anthony Cummins,
The Guardian (UK)
An exquisitely discomfiting tale of a submissive same-sex relationship ... Colin’s chatty recollection in middle age ...masks the story’s teeth, glinting between the lines of his undimmed worship of Ray ... Adjust the contrast and Box Hill could be Fifty Shades of Ray, or a subplot in Hanya Yanagihara’s abuse chronicle, A Little Life. Yet this is a very funny book, partly because of its eye for physical comedy...But mainly it’s because of the remarkable high-wire act by which Mars-Jones grants the narrator dignity even as he’s being sent up ... Shock value, though it certainly exists, isn’t the game here; ultimately, our interest in the book’s twisted romance lies, instead, in how it raises intractable questions about the essential mystery of attachment between consenting adults. While the flyleaf subtitle...invites us to read Colin’s word against the grain as a study of false consciousness, the novel’s almost wicked subtlety lies in our dawning sense that to read it this way only strips him of exactly the agency we’d be seeking to defend.
Read Full Review >>
Rave Alex Clark,
The New Statesman (UK)
Even after forty years it is hard to see exactly what Mars-Jones is doing with his writing – there is a certain lack of shape or direction to his authorial identity – but one distinctive feature we have come to expect is the verbal flourish, often at someone’s expense. Another Mars-Jones signature is his remarkable, almost terrifying, fluency when speaking, which has its written analogue in his preference for undivided slabs of prose ... Certainly, Mars-Jones finds much uplift in his potentially hellish tale. Colin’s descriptions of his own worthlessness are Eeyore-ish sighs rather than serious claims on our pity ... The 1970s – clothes, furnishings, technology – are evoked accurately enough to prompt the warm blush of horrified nostalgia. Mars-Jones is very good company, often making us laugh...but there is something unnerving, as always, about the relationship between this author and his reader ... Gradually, as we read the many descriptions of Ray’s dominant behaviour, a feeling of recognition takes hold. The theatrical demonstration of control – no breaks, no chapters, no identifiable narrative 'map', a relentless fluency – may be an embrace of technical experimentation, but it also feels like a provocation, or perhaps a test. It may also be being offered as an opportunity for growth, an instructive knock to our complacency? Roland Barthes insisted that there was an erotics of reading and of writing. You may prefer to be seduced by your authors, more or less conventionally. But it is worth considering whether the relationship, as exposed by Mars-Jones in Box Hill, isn’t a little more sadomasochistic than we’d like to admit. Or is that just Adam Mars-Jones?
Read Full Review >>
Rave John Self,
The Guardian (UK)
...the slenderest of creatures, and the biggest small book of the year ... Opening with a blowjob scene recalls Garth Greenwell’s What Belongs to You, but Mars-Jones seasons it with his trademark good humour ... The format of the narrative – one unbroken text, with no chapters or scene breaks – enhances Colin’s conversational voice, and often Box Hill reads like an Alan Bennett Talking Heads monologue: wry, dry, plump with words like 'fumble' and 'stiffies', and with a pleasure or peculiarity on every page ... But despite its sparkiness, this is the saddest novel he has written ... however chirpily Colin tells his tale, the facts he flatly states are unsettling, and the heart sinks a little further with each blithe revelation ... The setting for most of the book – a certain gay milieu of the late 70s and early 80s – makes it read like a portrait of a world already gone, pre-Aids, like Alan Hollinghurst’s The Swimming-Pool Library which was set in 'the last summer of its kind'. The vision Box Hill delivers of that subculture...is ugly. And there are bitterer twists to come, but by the end of the book the comfort we desperately need is provided simply by the knowledge that because Colin is telling us his story, he is still here.
Read Full Review >>
See All Reviews >>
SIMILAR BOOKS
Fiction

Silence Is My Mother Tongue
Sulaiman Addonia
Positive
What did you think of Box Hill: A Story of Low Self-Esteem?
© LitHub | Privacy