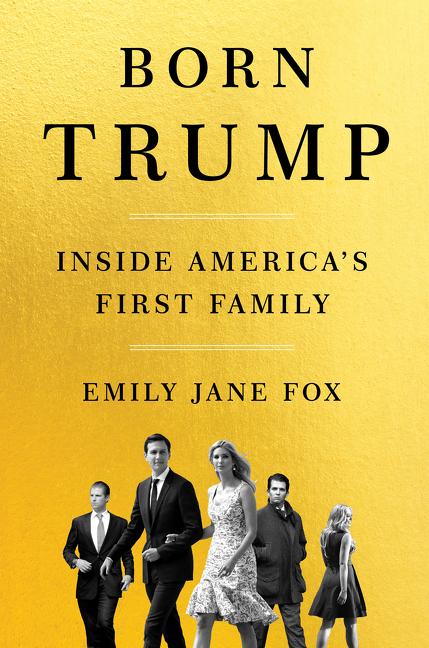 Who is Donald J. Trump? To truly understand America’s forty-fifth president, argues Vanity Fair journalist Emily Jane Fox, you must know his children, whose own stories provide the key to unlocking what makes him tick.

What The Reviewers Say
Positive Joanna Weiss,
The Boston Globe
[An] encyclopedic retelling of pre-2016 Trump family drama (largely featuring the children, along with Jared Kushner), for those of us who weren’t following the New York gossip press for all of those decades ... For the most part, [Born Trump] is what’s known in the business as a 'clip job': a meticulous cataloguing of details from stories ... It all gets a little repetitious, down to the descriptions.
Read Full Review >>
Mixed Rachel Cooke,
The Guardian
[Cooke's] breathless prose is neither quietly angry nor laced with irony ... [the] text often reads like nothing so much as an elaborate cuts job ... Fox’s book is a gossipy family study; by design, it touches on politics hardly at all ... All in all, [Born Trump] fairly makes you weep, though whether from boredom or because no fewer than three of these people are now installed in the White House, it’s sometimes hard to say.
Read Full Review >>
Pan Marc Fisher,
The Washington Post
[A] breezy tour through the lives of four of the five Trump children ... There’s just so little to go on. The book has no source notes, no bibliography and precious few cues about the quality of the information. Maddeningly, Fox, who has written about the Trump family for Vanity Fair, employs a classically Trumpian device to make juicy allegations ... Fox says she based the book on interviews with 'hundreds' of Trump friends, classmates and business associates, as well as a review of news stories. Few of those friends are named ... The axis between government policy and the operations of the Trump Organization is murky and troubling terrain. But such questions go nearly unmentioned here. There are, however, at least a dozen detailed, delightful descriptions of Ivanka’s dresses and gowns.
Read Full Review >>
See All Reviews >>
What did you think of Born Trump: Inside America's First Family?
© LitHub | Privacy