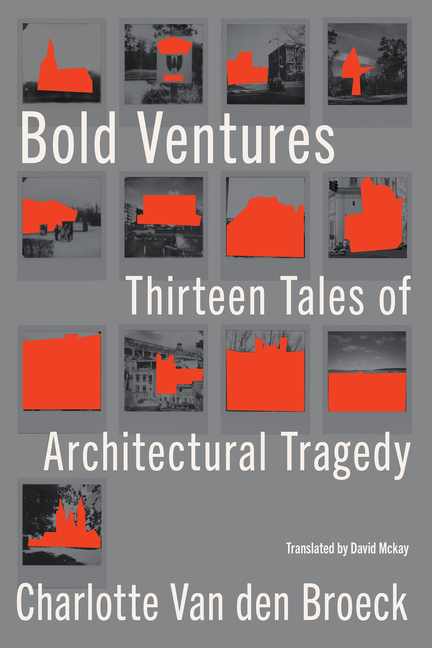 Charlotte Van den Broeck goes in search of buildings that were fatal to their architects—architects who either killed themselves or are rumored to have done so. They range across time and space from a church with a twisted spire in 17th-century France to a theater that collapsed mid-performance in 1920s Washington, DC, and an eerily sinking swimming pool in the author's hometown. Drawing on a vast range of material, from Hegel and Darwin to art history, stories from her own life, and popular culture, Van den Broeck brings patterns into focus as she asks, What is that strange, life-or-death connection between a creation and its creator?

What The Reviewers Say
Positive Alexandra Jacobs,
New York Times
Beguiling ... The author can stubbornly cling to her thesis, morbidly romanticizing like that goth friend in high school with a penchant for the Cure ... I have no idea where this book, translated gracefully from the Dutch by David McKay, will land in the Dewey Decimal System. The suicidal-architect conceit turns out to be something of a facade for a blend of memoir, travelogue and philosophical tract ... A strain of rumination runs through all her investigations ... In our moment of 'quiet quitting,' resistance to corporate domination and a conviction that capitalism is in decay, Bold Ventures does arrive as a timely interrogation of what, exactly, constitutes success — of how to live ... Her tiered confection is a small marvel: a monument to human beings continuing to reach for the skies, even after their plans dissolve in dust.
Read Full Review >>
Rave Tobias Grey,
Air Mail
Van den Broeck spent three years visiting 13 different 'sites of failure' ... 'My goal was to rehabilitate those architects,' writes Van den Broeck ... It is an ambitious undertaking that pays off in surprising ways ... Van den Broeck revisits these and other architectural sites of tragedy...in astonishingly vivid detail, employing a mixture of autobiography, historical novel, essay, and diary. Her writing is often painfully intimate, to the point that she begins to over-identify with these tragic destinies.
Read Full Review >>
Mixed Olivia Laing,
The Guardian (UK)
Nearly half the stories Van den Broeck uncovers similarly dissolve away. The death in question happened later, or as a consequence of bereavement, or for reasons that cannot truly be pieced together (little is said here about mental ill-health or early life adversity) ... Slowly, it becomes clear that this isn’t really a book about architecture at all. The central character isn’t Francesco Borromini...but rather Van den Broeck herself. The subject isn’t twisted church towers and sinking swimming pools so much as a melodramatic and hyper-personal topography of creativity ... Never mind the hundreds of thousands of artists whose work does not destroy them but serves as a source of pleasure and joy. Surely the ones who die in misery, flat broke, reveal the truth of creativity’s sinister contract ... Lest all this sound too glum, it’s a road trip, too ... There’s no law against finding yourself interesting. The real structural flaw here – a misplaced strut, a failure to calculate load-bearing capacity – is to do with a kind of imaginative overreach. As the desire to build a romance of creativity exceeds Van den Broeck’s interest in her real cast, their status as props becomes uncomfortably clear ... There’s such a thing as too much creativity, I guess.
Read Full Review >>
See All Reviews >>
What did you think of Bold Ventures: Thirteen Tales of Architectural Tragedy?
© LitHub | Privacy