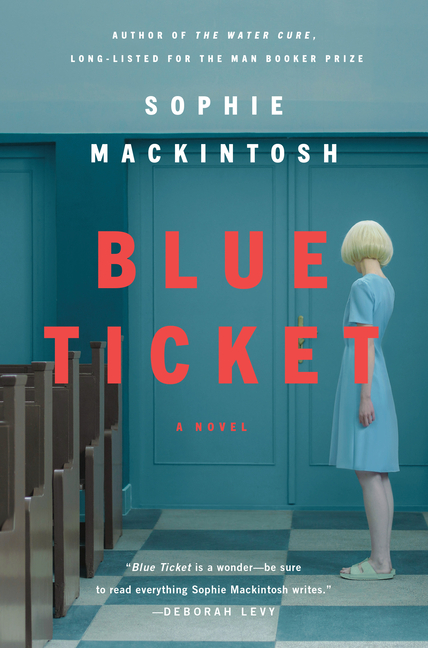 Calla knows how the lottery works. Everyone does. On the day of your first bleed, you report to the station to learn what kind of woman you will be. A white ticket grants you marriage and children. A blue ticket grants you a career and freedom. Once you've taken your ticket, there is no going back. But what if the life you're given is the wrong one? When Calla, a blue ticket woman, begins to question her fate, she must go on the run. But her survival will be dependent on the very qualities the lottery has taught her to question in herself and on the other women the system has pitted against her.

What The Reviewers Say
Rave Veronica Roth,
The New York Times Book Review
Calla herself is the pillar of the story, a compelling figure who balances thoughtfulness with ferocity, and whose growth throughout is more than earned ... This tense plot is nonetheless told with such restraint and subtlety that the one or two heavy-handed moments felt odd, as if they belonged to a different book. A few turns felt rushed, but over all the writing is clear and sharp, with piercing moments of wisdom and insight that drive toward a pitch-perfect ending ... not a book that offers easy answers. It does not explain how the world ended up this way — or even where in the world, exactly, the story takes place. This lack of concrete information is far from frustrating, but rather essential to the narrative effect: something allegorical and dreamlike, a story that doesn’t so much declare things about our outside world as reveal, intimately, Calla’s interior one. That isn’t to say there are no meaningful parallels to be drawn between the protagonist’s experience and that of being a woman in today’s world — but these are drawn not through the dystopian premise, but through the story’s thoughtful specificity ... Mackintosh successfully avoids a potential pitfall of the genre: its single-issue focus ... adds something new to the dystopian tradition set by Orwell’s 1984 or Atwood’s The Handmaid’s Tale. Those novels were like mirrors, meant to reflect us back to ourselves with horrifying clarity. Blue Ticket concerns itself more with its small cast of characters than with the world they occupy, but the novel is no less relevant or incisive for its intimacy. It is as much about the tension between independence and obligation, between desire and capability, as it is about contemporary womanhood: under constant threat just for having a body, and longing to decide your own fate.
Read Full Review >>
Rave Bethanne Patrick,
The Boston Globe
The author’s style is spare but thoughtful. Every detail enhances the plot and the atmosphere at once ... For some authors the plot would now be thick enough. Let the quartet eke out survival as their bellies grow and see what happens. But Mackintosh understands that while there may be just two ticket colors in this society, there can be more than two sides to every story ... Mackintosh’s description of Calla’s childbirth will resonate with those who have been through it, and properly terrify those who haven’t ... What may be most memorable about Blue Ticket lies in the concept of women and agency. Calla’s society allows women so little choice about procreation, yet expects all women to have leisure time ... Sophie Mackintosh lays bare many of the fears and realities that face any society’s women as they contemplate when their choices begin, and where they might end.
Read Full Review >>
Positive Wendy Smith,
The Washington Post
Doctors seem to have a great deal of control over the woman they supervise, but Mackintosh keeps the details deliberately vague, intensifying the mood of generalized dread ... Without delving into specifics, Mackintosh creates a hostile environment that deforms all relationships ... Blue Ticket is not about whether women should have babies but about what happens to human beings when their ability to choose is denied. When Calla is finally offered a choice, it’s a terrible one, and Mackintosh gives her only the smallest modicum of hope to lessen its bleakness. Written in cool, clinical prose parceled out in short paragraphs separated by lots of white space, Blue Ticket does not aim to stir our emotions, even though it deals with emotionally fraught material. Mackintosh traffics in ambivalence and ambiguity, suitable tools for charting Calla’s hesitant progress toward, if not self-knowledge, at least knowledge of what she is looking for.
Read Full Review >>
See All Reviews >>
SIMILAR BOOKS
Fiction

Silence Is My Mother Tongue
Sulaiman Addonia
Positive
What did you think of Blue Ticket?
© LitHub | Privacy