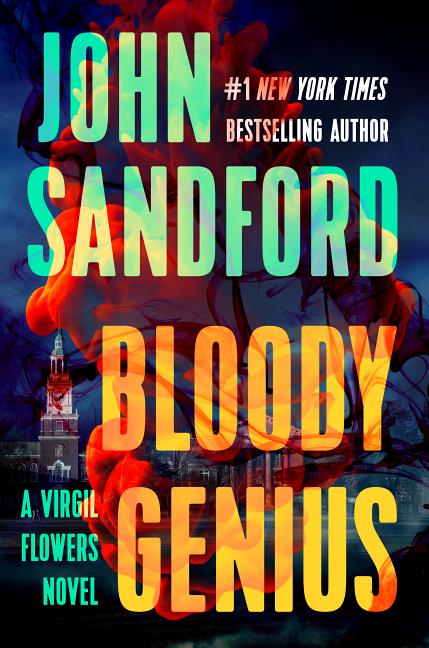 In this 12th Virgil Flowers mystery, the investigator will have to watch his back—and his mouth—as he delves into a college culture war turned fatal when a renowned scholar winds up dead.

What The Reviewers Say
Rave Wes Lukowsky,
Booklist
Flowers remains one of the great modern fictional detectives, and Sandford, as always, supplies amazing secondary characters, sharp dialogue, and plots that confound and amaze. A near-perfect crime novel.
Read Full Review >>
Positive Jeff Strickler,
The Star Tribune
This story lands Flowers in a classic police procedural ... The plot ultimately boils down to a series of interrogations, but don't mistake that for a lack of narrative tension. Sandford is a terrific storyteller who can spin an intriguing tale without having to fill it with death-defying mayhem. Flowers' investigation leads to several dead ends, trips over a couple of red herrings and is detoured by developments that initially look like distractions but later turn out to be crucial. Armchair sleuths who are intent on solving the crime for themselves will need to be on their toes.
Read Full Review >>
Positive Lesa Holstine,
Library Journal
There are too many suspects and numerous angles in this fast-paced, intensifying adventure. As always, the investigation is intricately plotted, while details of Flowers's family life are included for fans of the character ... The irreverent humor and language is perfect for the unconventional law officer in the darkly entertaining series.
Read Full Review >>
See All Reviews >>
SIMILAR BOOKS
Fiction

The Devil Takes You Home
Gabino Iglesias
Positive
What did you think of Bloody Genius?
© LitHub | Privacy