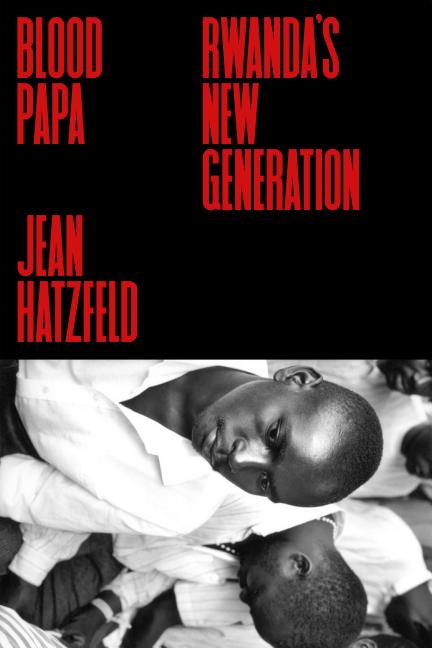 An international reporter for Libération who covered the Rwandan genocide of the 1990s returns to East Africa to interview the generation that grew up in the wake of mass violence, recording their reflections on how the brutal past informs the precarious present.

What The Reviewers Say
Rave Gricel Dominguez,
Library Journal
The touching interviews are incredibly human: survivor's guilt bound in hope for the future; the guilt of a killer's child bound in hope for reconciliation. It is easy to forget that this is a work in translation; the interviews flow seamlessly and possess a natural cadence that make them feel incredibly intimate ... An honest, often hopeful book featuring subjects who speak with candor, hiding nothing. Several of the interviews include descriptions of the bloodshed, but Hatzfeld does not focus on the violence. An excellent choice for readers and researchers interested in reconciliation and the psychosocial impact of genocide.
Read Full Review >>
Positive Howard W. French,
Bookforum
Hatzfeld draws close to his subjects and patiently absorbs their stories in depth. His immersive approach stands in stark contrast to the traditional foreign correspondent’s method, with its necessary compression of detail driven by quick deadlines and an urgent demand for the big picture. Hatzfeld’s project is unusual in other ways, too: He’s returned to this little country over and over, and he continues to visit many of the same small towns and rural communities that were hit hardest by the genocide ... At first, I worried about the risk of repetitiveness as Hatzfeld’s young Rwandan subjects answer the same basic questions ... But over the course of the book, this bland-seeming formula began to reveal unexpected insights—ones that complicate the standard picture of Kagame’s Rwanda ... He’s managed to linger in small towns and villages and record intimate conversations, not just about the genocide, but also about the nominally forbidden topic of ethnicity—Hutu and Tutsi. But there’s something missing from the moving stories that Hatzfeld has gathered, though only readers who are specialists on the region are likely to notice ... nowhere in these accounts is there mention of the campaign of extermination carried out in Zaire (later renamed the Democratic Republic of Congo) by Kagame’s Tutsi government ... These stark facts make the wisdom of many of Blood Papa’s subjects even more poignant[.]
Read Full Review >>
Positive Kirkus
Nearly a quarter-century after the fact, a searching look at the children of genocide in Rwanda ... Aid workers, street people, workers: Hatzfeld is comprehensive in his choice of subjects ... Hatzfeld’s work is of great importance to understanding the Rwandan tragedy—and to the study of genocide generally.
Read Full Review >>
See All Reviews >>
What did you think of Blood Papa: Rwanda's New Generation?
© LitHub | Privacy