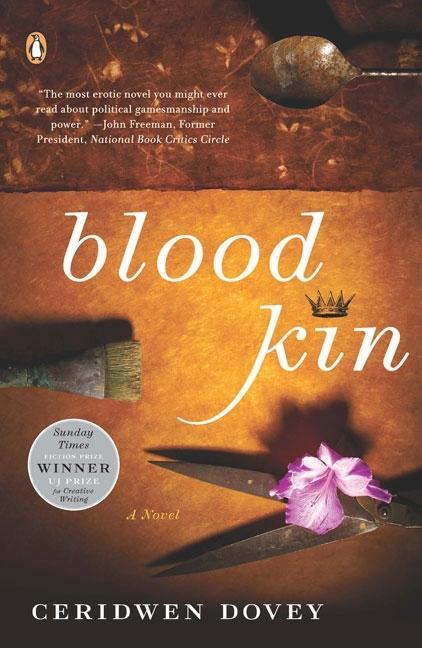 This tale centers around a military coup in an unnamed country, with characters who have no names or any identifying physical characteristics. Known simply as the ex-President's chef, barber, and portrait painter, these three men perform their mundane tasks and appear unaware of the atrocities of their employer's regime. But when the President is deposed, the trio are revealed as less than innocent.

What The Reviewers Say
Rave DAVE ITZKOFF,
The New York Times Book Review
...while the novel’s spell lasts, it can feel like the earliest, exhilarating days under a new administration, when a pliant populace is eager and willing to follow wherever a confident leader directs us ... The tale she wants to tell is more ambitious and more immediate than a fable, a story about how the slightest taste of power so easily stimulates our limitless appetite for sadism ... But even if we had no idea what life was like under their equally despotic reigns, we could immediately recognize the brutality from Dovey’s pitch-perfect renderings of her three narrators’ daily lives and routines, each one a microscopic marvel of sublimated aggression ... The final movement of Blood Kin is a muted success: a few last-minute plot twists feel melodramatic and better suited to soap opera, but the novel’s closing pages, in which the fates of the Commander and his three servants at last converge, fold together as elegantly as origami.
Read Full Review >>
Rave Jennifer Reese,
Entertainment Weekly
In a slim, sharp first novel, Blood Kin, South Africa-born writer Ceridwen Dovey approaches politics through sexuality, forcefully underlining the unsettling ways in which the two are linked ... Parables can be deadeningly vague. Although none of the characters have names, Dovey’s novel is refreshingly spiky and precise, its insights startling and original ... This is one fable that is short on general principles, long on hard-edged specifics.
Read Full Review >>
Positive David Pullar,
Pop Matters
Throughout this portrait of a small republic following a coup, Dovey seems to question whether it’s those who seek power who are already corrupted ... Blood Kin is, like all good fables, deceptively simple. Extraneous details are removed. We have no names, no place names, no national history. The story effectively takes place in an ahistorical, ageographical landscape ... The chapters are brief and to the point. Information and the reader’s understanding accumulate over time, as each part of the puzzle connects with adjoining pieces ... Perhaps Dovey is presenting the simplistic (but common) assertion than a world run by women would be a world without wars ... In this, Dovey’s heavily stylised approach to situation and character does diminish the force of this point.
Read Full Review >>
See All Reviews >>
SIMILAR BOOKS
Fiction

Haven
Emma Donoghue
Positive
What did you think of Blood Kin?
© LitHub | Privacy