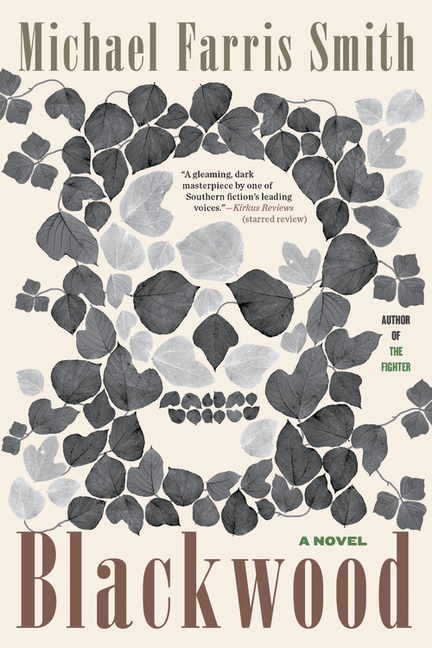 In this mythical tale of unforgiving justice and elusive grace, rural Mississippi townsfolk shoulder the pain of generations as something dangerous lurks in the enigmatic kudzu of the woods.

What The Reviewers Say
Rave G. Robert Frazier,
BookPage
If you’re looking for an uplifting escape from the harsh cruelties of life, don’t read anything from Michael Farris Smith. Blackwood, the title itself cold and bleak, is the latest example of his evocative storytelling ... startling, brutal and eerie as events spiral out of control for both the boy and Colburn ... Smith weaves the pair’s stories together in a hauntingly memorable fashion ... Blackwood places Smith firmly among the masters of Southern gothic literature.
Read Full Review >>
Rave Robbie Millen,
The Times (UK)
Farris Smith isn’t frightened to go dark — and go dark early ... If you’re a fan of Southern or Rural Noir — James Lee Burke, Daniel Woodrell, Donald Ray Pollock, the literary children of Flannery O’Connor — you’ll feel uncomfortably at home ... Blackwood has a creeping menace to it that grabs you from the beginning and doesn’t let up ... I enjoyed Blackwood so much that I picked up Farris Smith’s last two novels ... Though Farris Smith has five novels under his belt, he is little known in Britain. That ought to change: let some Mississippian mayhem, murder and misery into your lives.
Read Full Review >>
Rave D. R. Meredith,
The New York Journal of Books
... a Southern gothic novel that will ever alter your view of kudzu vines as merely a pesky form of vegetation, but as a metaphor for the past’s malevolent intrusion into the present ... a novel that will haunt one long after the last page is turned. Like Faulkner’s, Smith’s descriptive narrative is poetic, and like Faulkner, his story is heavily weighted by past acts that consciously or unconsciously motivate the characters ... dark ... Southern gothic novels such as Blackwood are not for the fainthearted, but for those who love symbolism, metaphor, and complex characters filled with angst and tortured self-reflection. Give it five stars out of five.
Read Full Review >>
See All Reviews >>
SIMILAR BOOKS
Coming Soon

Mount Chicago
Adam Levin
Mixed
What did you think of Blackwood?
© LitHub | Privacy