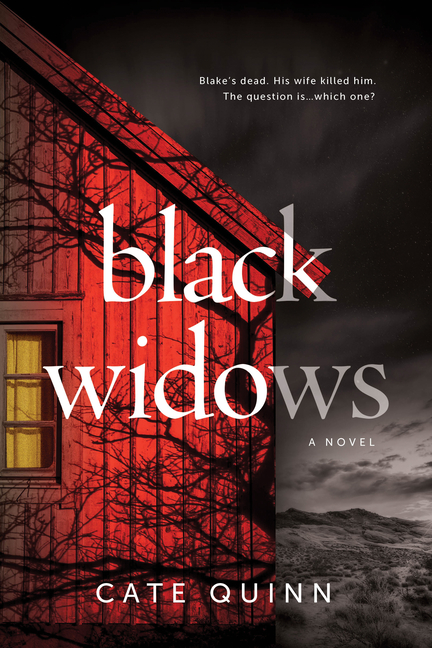 Against the wishes of his family and the laws of the elders of the Mormon church, Blake Nelson has adopted the old polygamous ways and lives alone with his three wives in rural Utah. When Blake ends up dead, it is anyone's guess who killed him as his three widows each get to tell her side of the story.

What The Reviewers Say
Rave Joe Hartlaub,
Bookreporter
I had so much fun reading Black Widows Everything about it is simply terrific—from the descriptions, characterizations and pacing to the structure of the novel and the mystery that pulses at the heart of the story from beginning to end ... extremely surefooted ... Each woman has a backstory that is tragic at best (Emily) and horrific at worst (Rachel), which explains to some degree why they wound up in their respective situations. These accounts are almost as fascinating as the mystery itself ... [a] mesmerizing tale that is all but impossible to put down.
Read Full Review >>
Positive Marilyn Stasio,
The New York Times Book Review
Quinn writes haunting scenes of the desert in its many moods (hot, dry, very hot, very dry) but she’s not much for cops, so Detectives Brewer and Carlson are as lacking in dimension as they are in forensic savvy. But oh, my, can this author draw women! ... As readers, we come to know the wives gradually, not only through the dramatic revelations of their painful histories, but also through modest expressions of their dawning self-emancipation ... while Quinn writes with spirit on weighty subjects like kinky sex, domestic abuse, polygamy and religious cults, her primary and most poignant theme seems to be female friendship.
Read Full Review >>
Mixed Publishers Weekly
The reader learns much about fundamentalist Latter-Day Saints culture and religion as the plot labors toward an unexpected answer to whodunit. An uplifting ending may mollify those put off by some graphic sex and disturbing scenes of cult practices involving underage girls. Quinn is a writer to watch.
Read Full Review >>
See All Reviews >>
SIMILAR BOOKS
Fiction

The Lamplighters
Emma Stonex
Rave
What did you think of Black Widows?
© LitHub | Privacy