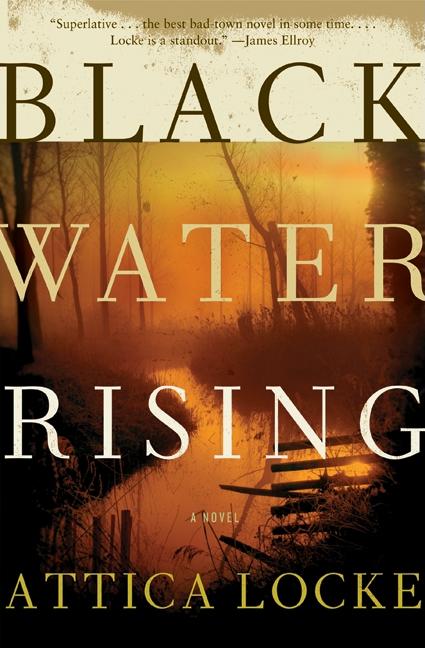 Houston, Texas, 1981. It’s here that Jay believes he can make a fresh start. That is, until the night he impulsively saves a drowning woman’s life – and opens a Pandora’s Box. Her secrets put Jay in danger, ensnaring him in a murder investigation that could cost him his legal practice, his family, and even his life. But before he can get to the bottom of a tangled mystery that reaches into the upper echelons of Houston’s corporate powerbrokers, Jay must confront the demons of his past.

What The Reviewers Say
Rave PAULA L. WOODS,
The Los Angeles Times
Locke deftly moves between past and present action to portray the young lovers as well as re-create the tension between the black and white radical groups on the University of Houston campus ... These forays into Jay’s past also serve to illuminate his persistent paranoia and his reluctance to talk with police about the bayou murder while deepening the reader’s understanding of the crossroads at which he and Cynthia find themselves ... Black Water Rising4 is a near-perfect balance of trenchant social commentary, rich characterizations and an action-oriented plot that, after it kicks in, moves rapidly toward some explosive revelations well-suited to the growth-crazed Houston that Locke so accurately evokes.
Read Full Review >>
Positive John O\'Connell,
The Guardian (UK)
...a powerful and skilfully constructed conspiracy thriller – Chinatown without the air of despairing fatalism ... Locke has an extraordinary gift for reinvigorating tired thriller conventions. The ransacked apartment; the sinister man who shadows the hero and warns him at regular intervals to forget his quarry and go back to his family; the eccentric journalist who has to be persuaded to help the hero out with crucial information – all are present and correct, but the writing is so attentive to depth as well as surface, and to the swampy atmosphere of a city where everyone has their AC ramped up to the max, that we don't care ... Where she's less successful is in her depiction of Houston's mayor, a white woman Jay knew (and loved) when she was a student drawn to black politics ... The ending lacks the punch of the beginning, but leaves plenty of room for a sequel. Jay is a compelling character who coheres despite his contradictions.
Read Full Review >>
Positive JANET MASLIN,
The New York Times
Attica Locke’s Black Water Rising uses Jay’s unease as a determinative character trait, one that will shape much of his behavior during Ms. Locke’s atmospheric, richly convoluted debut novel ... Black Water Rising is overloaded with back stories: the Jay-Cynthia relationship, the threat of a dockworkers’ strike in Houston, the sinister machinations of oil companies and the racial violence that humiliated and killed Jay’s father before Jay was born ... Yet she is able to write about Jay’s urgent need to behave manfully and become a decent father with a serious, stirring moral urgency akin to that of George Pelecanos or Dennis Lehane ... Subtle and compelling as it is, Black Water Rising is at times overwritten.
Read Full Review >>
See All Reviews >>
SIMILAR BOOKS
Fiction

Girl A
Abigail Dean
Rave
What did you think of Black Water Rising?
© LitHub | Privacy