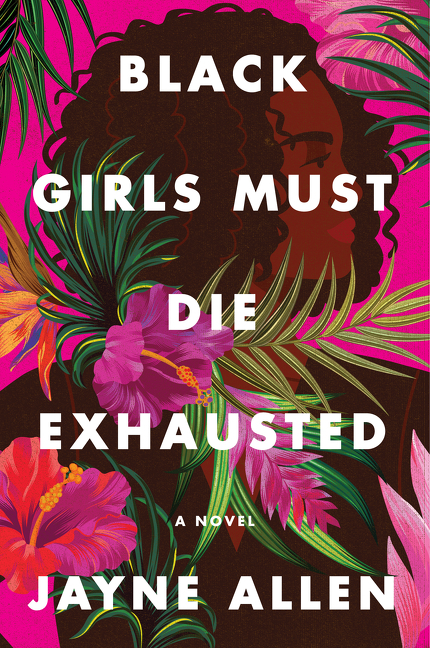 Tabby receives an unexpected diagnosis that brings her picture-perfect life crashing down, jeopardizing the keystone she took for granted: having children. With her dreams at risk of falling through the cracks of her checklist, suddenly she is faced with an impossible choice between her career, her dream home, and a family of her own.

What The Reviewers Say
Positive Sandra E. Garcia,
The New York Time Book Review
Black Girls Must Die Exhausted is the first novel in a three-book series. If her opening salvo is any indication, Allen promises to show the relentlessness of the trauma Black women deal with every day leavened with the solidarity of friends who can relate.
Read Full Review >>
Positive LaParis Hawkins,
Booklist
Allen’s debut novel, the first in a trilogy originally published with a small indie press in 2018, captures the complexities of Black women coming into adulthood while learning to manage the disappointments and expectations placed on them by society.
Read Full Review >>
Positive Publishers Weekly
... promising ... As Tabitha rises at work, she emphasizes the importance of perspective in her reporting on issues that affect Black people, such as gentrification and encounters with police, and Allen smartly mirrors the theme of perspective with the story of Tabitha’s personal life, as Tabitha considers how her own point of view has shaped her feelings for others. Though the writing can sometimes be clunky, with overly descriptive sentences, Allen has the chops to become a terrific storyteller. There’s a lot of potential here.
Read Full Review >>
See All Reviews >>
SIMILAR BOOKS
Fantasy

Win Me Something
Kyle Lucia Wu
Rave
What did you think of Black Girls Must Die Exhausted?
© LitHub | Privacy