Beyond the Thirty-Nine Steps: A Life of John Buchan 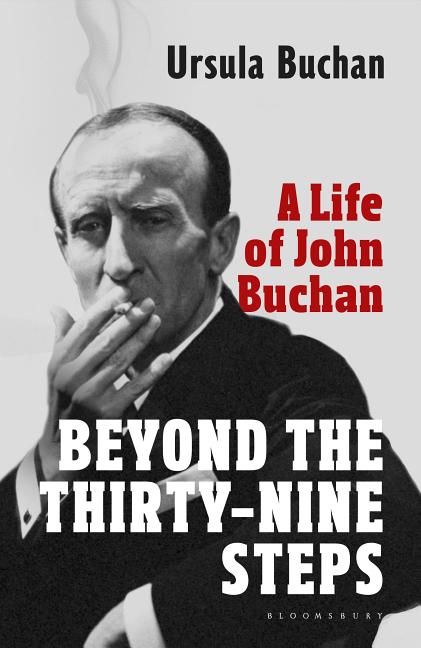 The granddaughter of the author of the classic thriller The Thirty-Nine Steps offers a portrait of this man of many trades: not only a writer of thrillers but also of non-fiction and journalism as well as a scholar, antiquarian, barrister, colonial administrator, journal editor, literary critic, publisher, war correspondent, director of wartime propaganda, member of parliament, imperial proconsul, and beloved Governor-General of Canada.

What The Reviewers Say
Rave John Carey,
The Sunday Times
...[an] outstanding biogaphy ... [Ursula Buchan's] book draws on a wealth of family papers and memories. Though factual, it reads like a big, rambling Victorian novel, and takes you, as novels do, into other people’s lives. She compounds the feeling of intimacy by referring to her grandfather as 'JB,' which is what his family called him, and to his wife, Lady Susan Grosvenor, as 'Susie,' which is what he called her. Though she admits he had a few faults (a self-made man’s vanity about honors and titles being one), he emerges from her account glowing with sincerity and goodness.
Read Full Review >>
Mixed William Boyd,
New Statesman
It should be remembered that Buchan was, in every sense, a late Victorian who...embodied all the respectable values of the time...and, to a degree, its bad: cheerfully unreflecting racism, anti-Semitism, misogyny and imperial complacency. Ursula Buchan is very aware of this and makes the best case for the defense she can with as much judiciousness as she can muster ... She has deliberately concentrated on the life, leaving literary assessments for others. The only problem with this is that the narrative of a career of public service, however limpidly recounted, can on occasion be very dull[.]
Read Full Review >>
Pan Anthony Quinn,
The Observer
Ursula Buchan...has made efforts to animate this new biography of 'JB,' as he was known, has read the work with impeccable care (more than 100 books) and traipsed in his far-flung steps around the colonies (South Africa, Canada) where he pursued an administrative career. She has paid him a due that would make her illustrious forebear proud—a labor of love. Sadly, that equation works out mostly to the reader’s disadvantage: her love, our labor ... In a life apparently unshadowed by scandal or dishonor, what might have lent the book a dash of vinegar was some deep-lying flaw in JB’s character. But aside from a slight case of vanity (after the war he petitioned the colonial office for an honor and was turned down—by Winston Churchill), the man was more or less a paragon. His biographer has not stinted in ferreting out every wonderful thing ever said about him ... praise heaped as unsparingly as this blots out nuance and chokes off interest. Great men may be a privilege to know, but without redeeming vices they are very dull to read about.
Read Full Review >>
See All Reviews >>
What did you think of Beyond the Thirty-Nine Steps: A Life of John Buchan?
© LitHub | Privacy