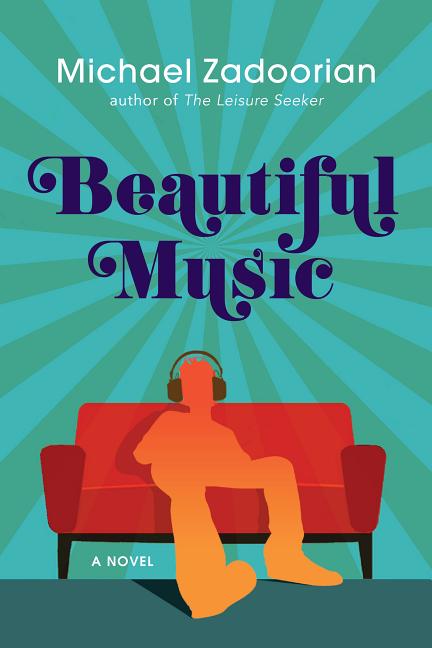 Set in early 1970s Detroit, a divided city still reeling from its violent race riot of 1967, Beautiful Music is the story of one young man's transformation through music. Danny Yzemski is a husky, pop radio–loving loner balancing a dysfunctional homelife with the sudden harsh realities of freshman year at a high school marked by racial turbulence.

What The Reviewers Say
Rave Michael A. Ferro,
The Michigan Quarterly Review
Beautiful Music is not only a testament to the rockin’ jams that propelled Motown to become reknown as Detroit Rock City, it swells with the beautiful music of a lively soul ... Zadoorian offers an intimate look at the trials of a youngster evolving into a man in the shadow of Detroit’s skyscrapers — and the even larger shadow cast by his parents. Through it all, there’s plenty of heart and humor, as well turmoil, as the Motor City reels in the years following the 1967 rebellion ... Beautiful Music is touching, hilarious, and heartbreaking, much like the gamut of emotions you may have felt the first time you heard your favorite song.
Read Full Review >>
Positive Michael Cart,
Booklist
True to its time, there are occasional mini-race riots at school, but they seldom touch him—until they do, with dire consequences. This affectionate, nostalgic novel about a sometimes-troubled teen is a crossover delight with appeal to both adults and teens.
Read Full Review >>
Mixed Pete Tosiello,
The Washington Post
In the 1984 song 'My Hometown,' Bruce Springsteen evoked his own high school days: 'There was a lot of fights between the black and white; there was nothing you could do.' Unfortunately, Zadoorian’s analysis of racial tension doesn’t go much deeper ... The book’s final act charts ­Danny’s struggles with his ­mother, a bigot, addict and ­manic-depressive who, in ’70s parlance, is diagnosed with simple melancholia. Like a wistful AM radio staple, their song doesn’t end with a clear-cut resolution, leaving Danny, as ever, to dowse his sorrows in the comfort of hi-fi headphones. It’s in these small moments — a lonely boy experiencing premature nostalgia — that Zadoorian shines, ensuring that even if Beautiful Music isn’t a smash hit, it’s a passable B-side.
Read Full Review >>
See All Reviews >>
What did you think of Beautiful Music?
© LitHub | Privacy