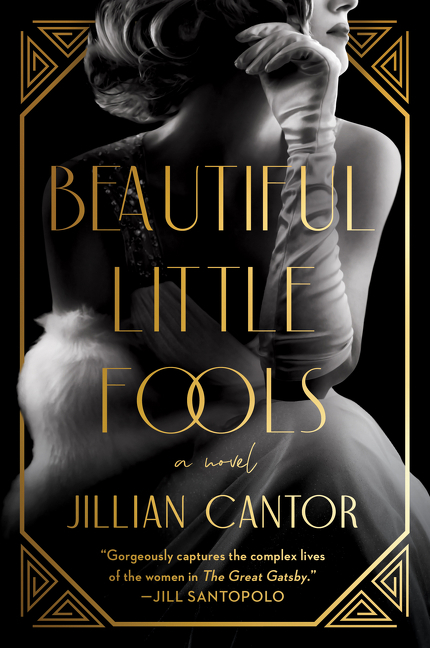 When Jay Gatsby is shot dead in his West Egg swimming pool, it appears to be an open-and-shut case of murder/suicide when the body of George Wilson is found in the woods nearby. Then a diamond hairpin is found in the bushes by the pool, and three women fall under suspicion. Each holds a key that can unlock the truth to the mysterious life and death of the millionaire. Daisy Buchanan once thought she might marry Gatsby, before her family was torn apart by a tragedy that sent her into the arms of Tom Buchanan. Jordan Baker, Daisy's best friend, guards a secret that threatens to ruin her friendship with Daisy. Catherine McCoy fights for women's freedom, especially for her sister, Myrtle Wilson, who is trapped in a terrible marriage. Their stories unfold in the years leading up to that fateful summer of 1922, when all three of their lives are on the brink of unraveling. Each woman is pulled deeper into Jay Gatsby's romantic obsession, with devastating consequences for all of them.

What The Reviewers Say
Pan Laura Miller,
Slate
Two recent novels—The Chosen and the Beautiful by Nghi Vo and Beautiful Little Fools by Jillian Cantor—retell The Great Gatsby’s story ... Cantor’s is by far the weaker of the two efforts ... The rest of Beautiful Little Fools follows this pattern: Any situation from the original novel in which a female character might be found at fault has been carefully reworked to render her blameless and victimized ... The men in Beautiful Little Fools are all selfish brutes and the women are, if not outright saints, remarkably noble, selfless, and long-suffering. They are also extremely dull, and indistinguishable in voice and temperament. It could be argued that ...Cantor’s version testifies to a truth about gender relations in 1922 to which Nick, and possibly Fitzgerald himself, was oblivious. But if so, then Nick somehow also made them more witty and dashing ... Beautiful Little Fools strips the gauzy romance from The Great Gatsby down to the bare kitchen-sink melodrama of soap opera.
Read Full Review >>
Positive Bethany Latham,
Booklist
Unlike the original destructive, self-absorbed characters and the pervasive issue of class, Cantor focuses instead on portraying Daisy and her fellow females in a sympathetic light, reimagining and empowering them to speak to readers with a feminist bent.
Read Full Review >>
Rave Publishers Weekly
Cantor succeeds brilliantly with this audacious revisionist murder mystery featuring characters from The Great Gatsby ... Cantor successfully captures the style and tone of the 1925 novel with vivid details ... Proving once again that it is 'hard to forget the past,' Cantor’s admirably convincing act of literary skullduggery offers many rewards.
Read Full Review >>
See All Reviews >>
What did you think of Beautiful Little Fools?
© LitHub | Privacy