Beasts of a Little Land 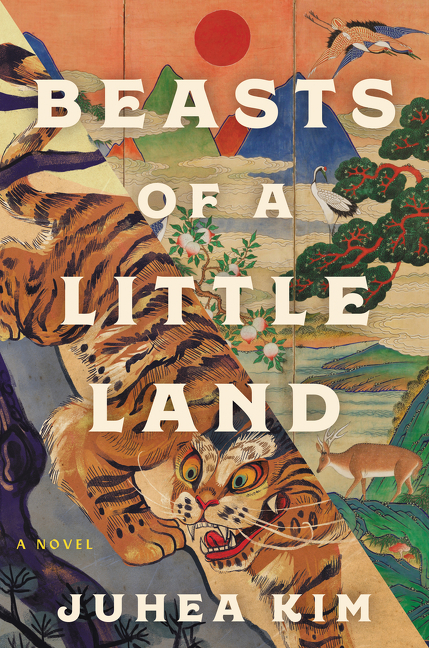 A story of love, war, and redemption set against the backdrop of the Korean independence movement, following the intertwined fates of a young girl sold to a courtesan school and the penniless son of a hunter.

What The Reviewers Say
Rave Terry Hong,
Booklist
Kim’s debut novel wondrously reveals broken families and surprising alliances created by uncontrollable circumstances ... Beyond her literary prowess, Korean-born, Princeton-educated polyglot Kim further showcases her other passions as artist and sustainability activist, interweaving the history of Korea’s decimated tiger population as well as traditional singing, dancing, and even filmmaking ... Richly alluring and significant.
Read Full Review >>
Rave Publishers Weekly
Kim’s dreamy, intense debut is both a sure-footed historical account of the Korean struggle for independence from Japan and the emotionally fraught story of several people whose lives are inextricably tied together ... While the members of the Japanese military often verge on being caricatures of villains, and some readers may balk at the novel’s coincidences, the prose is ravishing and Kim demonstrates remarkable control of a complicated narrative. Even those with little knowledge of Korean history will come away struck by the way individuals shape and are shaped by the political and cultural changes of the first half of the 20th century. The author’s off to a strong start.
Read Full Review >>
Rave Kirkus
An epic novel brings complex 20th-century Korean history to life ... In this extraordinary historical novel, debut author Kim weaves together the story of friends and rivals trying to survive and thrive from the era of the Japanese occupation of Korea to the political purges of the mid-20th century ... Gorgeous prose and unforgettable characters combine to make a literary masterpiece.
Read Full Review >>
See All Reviews >>
What did you think of Beasts of a Little Land?
© LitHub | Privacy