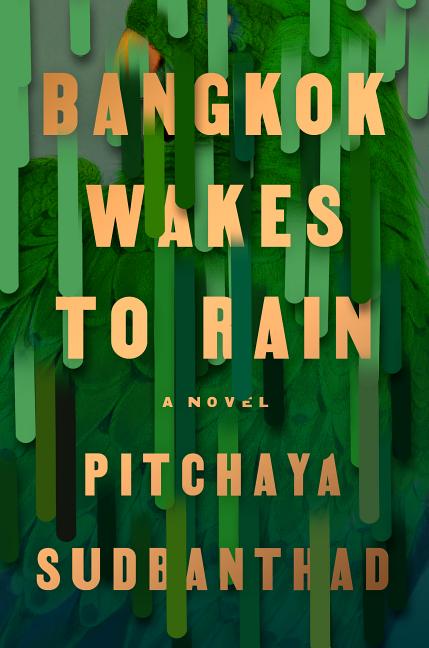 Time collapses as these stories collide and converge, linked by the forces making and remaking the amphibious, ever-morphing capital itself.

What The Reviewers Say
Rave T. F. Rhoden,
The Asian Review of Books
... the most complete and engrossing tale of this megacity of fifteen million souls ever portrayed in a single publication. His debut novel Bangkok Wakes to Rain is as much an ode to the metropolis’s extremes as it is to the wide-ranging and singular characters that animate its streets and sois ... as much a story global in perspective as it is unique to Thailand ... Delightfully haunting and compelling, Bangkok Wakes to Rain depicts the way both locals and foreigners have come to love Bangkok.
Read Full Review >>
Positive MICHAEL SCHAUB,
NPR
[The book is] a complex novel-in-stories, and a very good debut book from a promising new voice in fiction ... Sudbanthad is an elegant writer, but at times, his language gets the better of him — while his writing is mostly well balanced, it occasionally tips into the florid. But when he's restrained, he's capable of writing some unforgettable passages ... The novel's structure is a tricky one, but Sudbanthad pulls it off pretty well — he wisely lets the reader make the connections between the stories, which makes for a rewarding read ... It's not a perfect novel, but debut books almost never are. And Sudbanthad proves to be a generous author with a keen eye for unique characters, who expertly evokes a sense of place — his descriptions of Thailand are gorgeous; the reader feels transported there. Bangkok Wakes to Rain is well worth reading. It's a strong debut from an intelligent, self-assured author.
Read Full Review >>
Positive Ron Charles,
The Washington Post
But Sudbanthad’s skills are more than just meteorological. A native of Thailand now living in New York, he captures the nation’s lush history in all its turbulence and resilience. Even the novel’s complex structure reflects Bangkok’s culture ... The connections between [the book's] stories are sometimes clear, sometimes opaque, a structure that demands an extra degree of tolerance (a few brief chapters are told from the perspective of birds). But allow yourself to sink into that ambiguity, and you’ll find Bangkok Wakes to Rain entrancing. Individual incidents are dramatic and striking ... Sudbanthad’s narrative is not just a tribute to his home, it’s an act of resistance against the city’s mildew and amnesia: Bangkok’s unwillingness to retain what came before. These stories, loosely linked together, become a way of preserving what is otherwise inscribed only on the liquid surface of memory.
Read Full Review >>
See All Reviews >>
SIMILAR BOOKS
Fiction

Theatre of Marvels
Lianne Dillsworth
Positive
What did you think of Bangkok Wakes to Rain?
© LitHub | Privacy