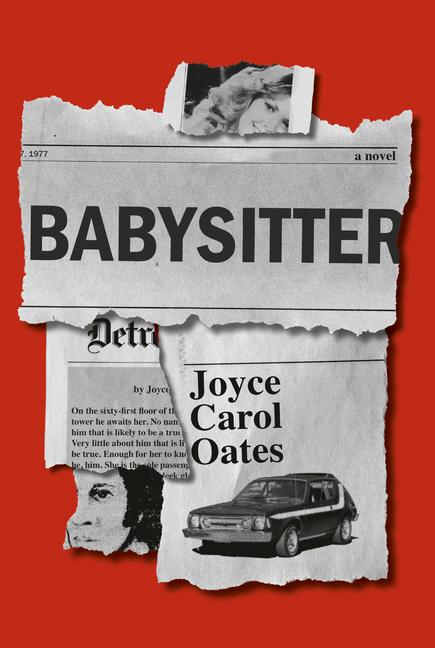 In the waning days of the turbulent 1970s, in the wake of unsolved child-killings that have shocked Detroit, the lives of several residents are drawn together with tragic consequences.

What The Reviewers Say
Rave Julie Myerson,
Observer (UK)
To be able to write with such tearing astuteness about such fiercely contemporary issues – for it’s impossible to read this novel without thinking of #MeToo and, as the plot takes on an increasingly racist tone, #BlackLivesMatter too – would be a feat for any author of any age. Joyce Carol Oates is, astoundingly, well into her ninth decade and this, perhaps even more astoundingly, is her 59th novel. That she is willing – no, determined – to go to the darkest, least politically acceptable edges of human emotion and behaviour isn’t so startling if you know her work. But here, even by her own standards, she has taken a risk. For the question that lurks at the heart of the novel – why, after such a brutal and terrifying sexual assault, does Hannah go back for more? – is an especially queasy one ... the grip and pace of this novel – for yes, it’s also a page-turner – relies on events ultimately connecting up in the most satisfying, albeit grim, way ... As ever, Oates’s prose – almost insolently alive, littered with italics and exclamation marks, switching apparently recklessly back and forth through place and time – would seem to break all the rules. The result is nothing less than magical, a piece of work that is light yet dense, frenzied in its detail yet somehow also cool, measured and abstract. She’ll happily devote five pages to what can only amount to a minute or two of a character’s experience (one reason her novels are rarely short) but in so doing will take you straight to the heart of a moment – or, as here, the agonisingly strung-out minutes of a sexual attack – without remorse ... this is a wild and panoramic piece of work, the serial killer’s activities a mere backdrop to a pinpoint vision of a society with rottenness at its core. Definitely one of Oates’s finest achievements to date, Babysitter is an unforgettable portrait of an 'oblivion beyond even evil', one that ricochets around affluent, middle-class America but begins, all too distressingly often, with a priest and a boy in a darkened room.
Read Full Review >>
Rave Sarah Rachel Egelman,
Bookreporter
... dark, violent and tense. It also is a razor-sharp examination of social constructs like gender and power ... Oates never shies away from confronting the fear and terror of her characters or the harm they experience or perpetrate ... a disturbing exploration of the power of prestige, wealth and whiteness and the powerlessness of women, children and Black men in the U.S. Oates skews and lambasts ideas about women’s roles and expectations ... Violence and pain beget violence and pain in this brutal yet brilliant novel. Here is a raw and desolate story penned in Oates' signature style --- flowing and visceral prose --- that doesn’t allow characters or readers easy answers to the difficult questions posed.
Read Full Review >>
Mixed Oyinkan Braithwaite,
New York Times Book Review
While Hannah’s plight in the novel is an easy one to sympathize with, Oates has created a character who is difficult to shadow. She has no discernible personality beyond being a privileged white woman ... 'Rarely do white mothers die in childbirth,' she thinks, unhelpfully, when her 4-year-old daughter falls ill. 'Much more frequently, Black mothers. Can’t happen to us. No.' This statement was one of many that pulled me out of Oates’s narrative. Why would Hannah regurgitate this simplistic demographic comparison when she is not giving birth, and her daughter is no longer an infant? ... Oates grants the odd, verbose chapter to other characters ... The Jarretts never rise above cliché ... In plot and theme, Babysitter is bleak and indulgent. Still, it is nigh impossible to fault Oates’s style. She writes beautifully. Hannah’s unreliable, elliptical narrative is seductive and compelling ... Oates masterfully manipulates the narrative timeline, without losing the reader in the process. She is in no hurry to trigger the action ... Yet despite her virtuosic storytelling, Oates is unable to resist spoon-feeding her readers ... It is as though Oates doesn’t trust readers to reach certain conclusions on their own ... Babysitter is not a novel for the faint of heart. It spares nothing in its violent account of every kind of horror one could imagine happening in a single story ... As unlikable as Hannah is, I was terrified for her, and for myself. A third of the way through the novel, it was clear that there could be no happy ending, and Oates barely ties up the loose ends. If it was her intention to leave us with more questions than answers, the effect is an acute sense of unease ... Read with care.
Read Full Review >>
See All Reviews >>
SIMILAR BOOKS
Fiction

Act of Oblivion
Robert Harris
Rave
What did you think of Babysitter?
© LitHub | Privacy