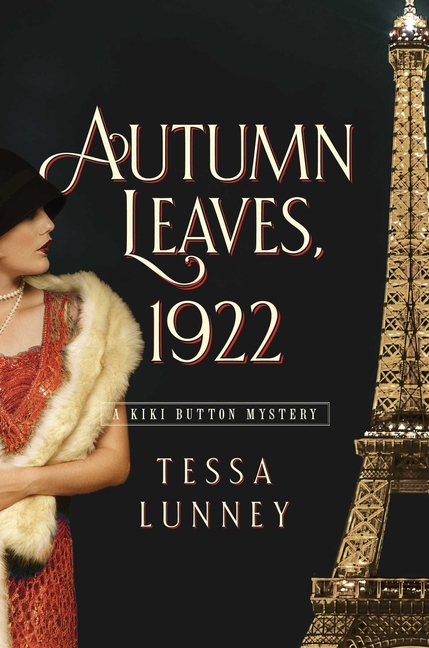 In this sequel to April in Spring, 1921, Kiki Button—who spied for the Allies during World War I— is back in Paris after a visit home to Australia. With her gossip column providing a front for her movement among Paris's political and artistic elite, Kiki gets pulled into another spy mission—one that brings her ever closer to the rising fascist threat in Europe.

What The Reviewers Say
Rave Elyse Discher,
BookPage
While this historical mystery can easily be read as a standalone, odds are readers will immediately seek out Kiki’s first adventure...after being enchanted by Lunney’s charismatic heroine ... As engaging and suspenseful as Kiki’s mission is, Lunney makes the mystery of the mother Kiki barely knew equally fascinating ... Lunney’s prose is beautifully atmospheric, capturing a collective sense of postwar trauma but also hope as Europe enters a new age.
Read Full Review >>
Positive Claire Foster,
Foreword Reviews
... a sumptuous spy romp with an irresistible heroine ... This sequel’s backstory is dispatched in an uncluttered, quick manner so that the book can maintain a brisker pace than Kiki’s satin shoes do ... Kiki describes Paris, from its flower sellers to amuse-bouche, with luscious, piercing images that only a gossip columnist or a spy might notice. Her moxie and sense of style permeate the story, in which each character retains a trace of shabby glamour from their former lives. While individuals’ motives are not especially complex, Kiki’s investigations are suspenseful and sustain a frisson of tension. Swoon through Autumn Leaves, 1922, whose mysteries are enriched with toothsome details of a bygone Paris in the glittering years before Hitler came to power.
Read Full Review >>
Rave Emily Melton,
Booklist
A mesmerizing, highly original tale that’s part spy thriller, part ode to a postwar Paris, part love story, and part mystery, Lunney’s latest features unique and captivating characters, rapid action, and a cliff-hanger ending.
Read Full Review >>
See All Reviews >>
SIMILAR BOOKS
Fiction

The Killing Look
J.D. Rhoades
Rave
What did you think of Autumn Leaves, 1922: A Kiki Button Mystery?
© LitHub | Privacy