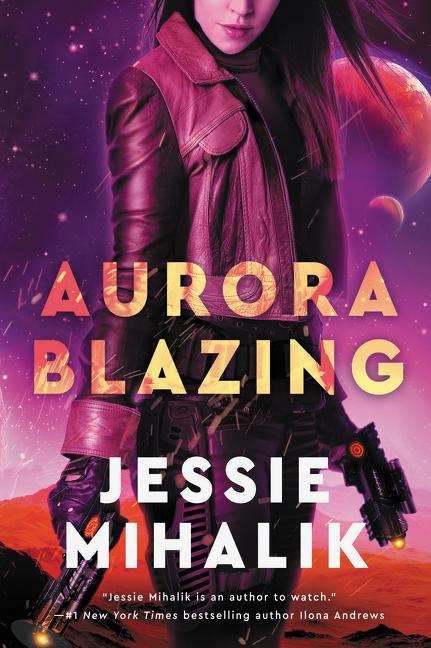 To save her brother and protect her family's future, a powerful princess must join forces with a dashing man from her past in this space adventure, the second novel in the Consortium Rebellion trilogy.

What The Reviewers Say
Rave Kristi Chadwick,
Library Journal
... another exciting, action-driven read. Strong female characters, a slow-burn romance, and interplanetary adventures will draw in both sf and romance readers, especially fans of Ilona Andrews, Becky Chambers, and Mary Robinette Kowal’s Lady Astronaut series.
Read Full Review >>
Positive Amanda Diehl,
BookPage
Sci-fi romance is a relatively small subgenre and Mihalik’s imaginative series about the bonds of family amid scheming power plays feels like a refreshing sip of water after a long drought. The romance is tense, as Bianca and Ian both prefer to ignore whatever feelings they share. And with an intergalactic conspiracy as a backdrop, there is no shortage of action to rival the sizzling banter between the main couple ... a standout, memorable book that oozes crossover appeal ... Prefer action and adventure? One spaceship heist coming up! Find court intrigue and politics to be irresistible? Two ruling houses are at war, with a third desperately trying to remain neutral. Sucker for a happy ending? Well, it’s a romance, so there’s definitely that. Mihalik fills the void for every Star Wars fan who wished the franchise had more kissing.
Read Full Review >>
Positive Smart Bitches Trashy Books
... as a sci-fi romance fan, I feel warm and fuzzy that this series is in the world for me to enjoy. Though returning to the series made me realize some repeating elements that bothered me. If you’re part of the 'Slow Burn Just Kiss Already Dammit' club, though, you’ll be white-knuckling this one ... I absolutely adored Bianca as the heroine ... One thing I wish was a bit different with Bianca and the series as a whole is the notion that everyone is some sort of young prodigy ... a great sci-fi romance read. I’m so enjoying this setting and getting to know all the von Hasenberg siblings. My biggest complaint for the series as a whole is the single heroine POV, and I felt that more here with Ian because he’s such a reserved character ... here’s so much catnip here with class differences, forced proximity, a slow burn romance, and a bodyguard/royal pairing that it’ll tick a lot of romance boxes with readers.
Read Full Review >>
See All Reviews >>
SIMILAR BOOKS
Fantasy

Trouble the Saints
Alaya Dawn Johnson
Positive
What did you think of Aurora Blazing?
© LitHub | Privacy