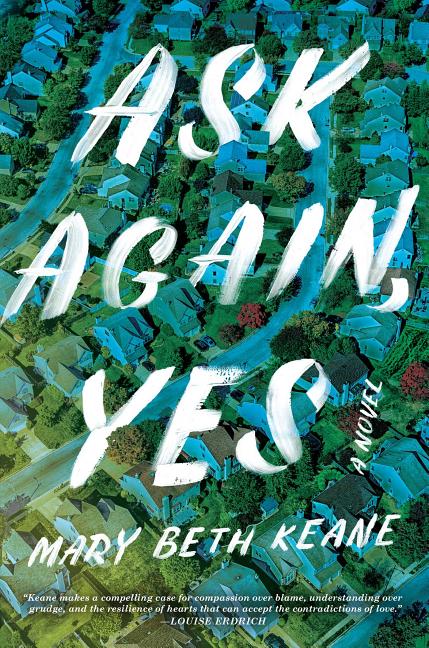 A novel about two neighboring families in a suburban town, the friendship between their children, a tragedy brought on by mental illness that reverberates over four decades, and the power of forgiveness.

What The Reviewers Say
Rave Maureen Corrigan,
NPR
Mary Beth Keane's new novel is...one of the most unpretentiously profound books I've read in a long time ... By switching perspective in every chapter, so that the narrative moves forward through the voice and world view of almost every member of the two families here, Keane develops her characters far beyond glib stereotypes ... Though Keane is younger than most of her characters, she writes with deep familiarity and precision about the lives of this particular generation of blue-collar Catholic New Yorkers ... As a writer, Keane reminds me a lot of Ann Patchett: Both have the magical ability to seem to be telling 'only' a closely-observed domestic tale that transforms into something else deep and, yes, universal. In Keane's case, that 'something else' is a story about forgiveness and acceptance—qualities that sound gooey, but are so hard to achieve in life. And, in the final moments of this modestly magnificent novel, even that blah title of Ask Again, Yes is ingeniously redeemed.
Read Full Review >>
Rave Alden Mudge,
BookPage
...well-wrought, emotionally affecting ... [a] beautifully observed story ... a narrative that holds many surprises, large and small ... Ask Again, Yes is a tale that will compel readers to think deeply about the ravages of unacknowledged mental illness, questions of family love and loyalty and the arduous journey toward healing and forgiveness.
Read Full Review >>
Positive Leah Greenblatt,
Entertainment Weekly
Keane...writes about mental illness and substance abuse with acute sensitivity, and her characters are consistently, authentically lived-in. But they can also feel like less than the sum of their struggles: A late flashback to Anne’s native Ireland offers an enticing but too-brief glimpse of the formative pain in her past; Peter works so hard to tamp down his own trauma that he becomes a sort of cipher. It all makes for a tale smartly and solidly told, without ever quite piercing the veil that separates the reader from the human puzzle pieces on the page.
Read Full Review >>
See All Reviews >>
SIMILAR BOOKS
Fantasy

When We Were Young
Richard Roper
Positive
What did you think of Ask Again, Yes?
© LitHub | Privacy