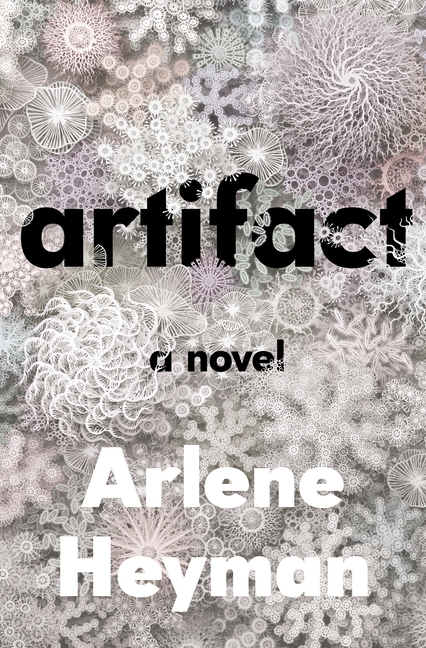 Lottie Kristin comes of age in the 1950s Midwest, where an early pregnancy yields marriage to a high school sweetheart that eventually unravels. Taking on single motherhood and following her dream of a career in science, Lottie navigates love, sex, motherhood, and ambition in a world that keeps throwing up roadblocks to her success and fulfillment.

What The Reviewers Say
Rave Mariko Hewer,
Washington Independent Review of Books
A sparse, moving portrait of a woman’s journey through life as she follows her scientific passion ... Lottie’s presence has stuck with me, an indelible impression made by masterful storytelling ... Heyman’s narrative technique of starting the story in the unpleasant present creates the impression that the rest of the novel will be devoted to explaining how Lottie ended up in this position. Indeed, the other parts do explore her past—much of it traumatic—but there is beauty and triumph along the way, too ... concise, almost minimalistic reporting style is one of Heyman’s greatest strengths; it leads us to conclusions subtly rather than jamming them in our faces ... Heyman has one more twist in store for Lottie that will shake her (and readers) to the core.
Read Full Review >>
Positive Norah Piehl,
Bookreporter
In a narrative that travels backward and forward in time, readers have assurances that most things will turn out well for Lottie ... Heyman...includes not only graphic descriptions of...assault but also bold and sometimes humorous accounts of more mundane or joyful sexual encounters. Additionally, it’s worth noting here that Heyman’s detailed and frank descriptions extend to what might be for many readers upsetting depictions of Lottie’s lab research, which involves euthanizing rats ... Her respect and affection for her protagonist is clear ... Readers will delight in this portrait of a woman who was both a product of and a challenge to her times.
Read Full Review >>
Positive Sam Sacks,
The Wall Street Journal
As in her vivacious 2016 story collection Scary Old Sex, Ms. Heyman writes with mature, unembarrassed frankness about attraction and lovemaking. Nor does she neglect the ravages the flesh is heir to—the novel’s most difficult scenes detail a stillbirth and a rape ... But even if Lottie’s story is partly an account of scars and stretch marks, the tone of Artifact is celebratory, an homage to the body’s capacity to impart amazement even after death.
Read Full Review >>
See All Reviews >>
SIMILAR BOOKS
Coming Soon

The Last Karankawas
Kimberly Garza
Rave
What did you think of Artifact?
© LitHub | Privacy