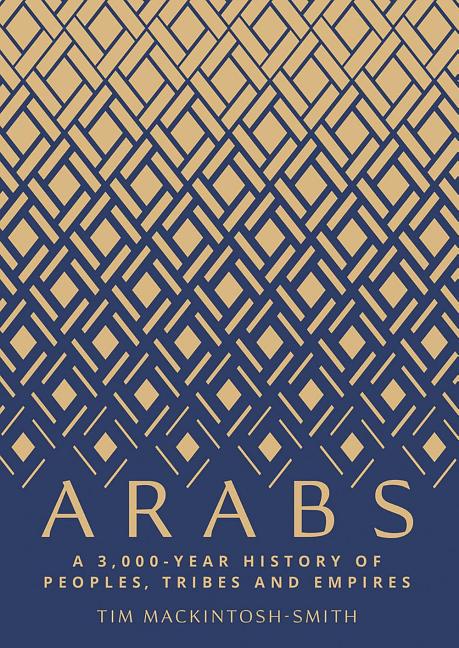 A comprehensive history of the Arab peoples and tribes that explores the role of language as a cultural touchstone.

What The Reviewers Say
Rave Ian Smith,
The Guardian
Arabs retells a familiar story in unexpected ways ... [Mackintosh Smith] combines deep learning with penetrating insights delivered with dazzling turns of phrase and illuminating comparisons ... The author’s acclaimed Travels in Dictionary Land was a clue to his fascination with both his adopted country and the Arabic language – the golden thread that runs through this wonderful new book ... Mackintosh-Smith has an enviable ability to enrich the big picture with fascinating detail and telling parallels ... Hope is kept alive by a writer who lifts spirits and fires the imagination by comparing pre-Islamic poetry to pop festivals ... Words are, indeed, still the sharpest weapons ...
Read Full Review >>
Positive Richard Spencer,
The Times
There can hardly be a better guide than Mackintosh-Smith, who has near-mythical status among western observers of the Middle East ... Between the meticulous scholarship he drops fleeting references to the military exercises and propaganda he can see from his window in the street below. The picture he paints is as depressing as it is, in parts, glorious ... Mackintosh-Smith could have done with more editing. His scholarly enthusiasm is largely entrancing, but occasionally drifts into incomprehensibility ... If the book encourages a more sympathetic understanding of Arabs, though, the effort will have been worthwhile.
Read Full Review >>
Rave Eric Ormsby,
WSJ
[a] superb account of the Arabs over three millennia ... As a privileged observer of his 'adoptive land,' with a rare mastery of Arabic, both classical and modern, he is ideally positioned to make the tangled past vividly present. His use of the Arabic language as a recurrent point of reference is only one important aspect of Mr. Mackintosh-Smith’s originality of approach ... The sheer onrush of events in this history could have proved overwhelming in the telling ... But Mr. Mackintosh-Smith handles his complex account with great aplomb ... There are occasional lapses ... he writes with wit and verve ... His words...tacitly offer an exuberant homage to his fractious and eloquent masters.
Read Full Review >>
See All Reviews >>
What did you think of Arabs?
© LitHub | Privacy