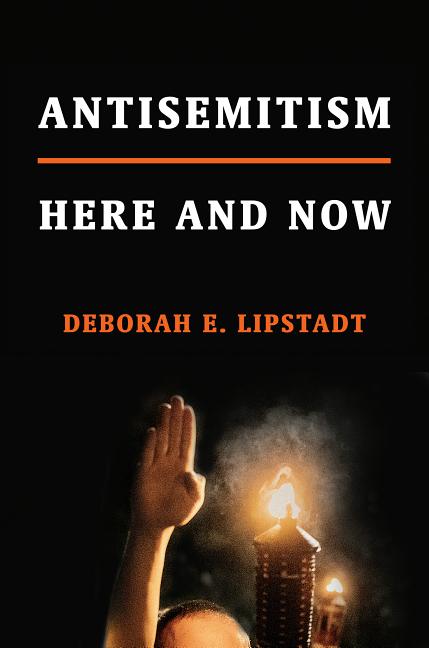 The award-winning author of The Eichmann Trial and Denial: Holocaust History on Trial gives us a penetrating and provocative analysis of the hate that will not die, focusing on its current, virulent incarnations on both the political right and left.

What The Reviewers Say
Rave Jacqueline Parascandola,
Library Journal
Lipstadt's insight and perspective contextualizes current events that mark the recent resurgence of anti-Semitic speech and violence in the United States and Europe, crafting an informative read for those interested in social justice and political and Jewish history.
Read Full Review >>
Positive Bret Stephens,
The New York Times Book Review
Aims not to break new scholarly ground but to awaken her audience to the nature, persistence and scale of the threat, along with the insidious ways in which it seeks to disguise itself...[Lipstadt] succeeds ... Lipstadt misses something important by insisting that anti-Semitism 'has never made sense and never will' ... a book that combines erudition, clarity, accessibility and passion at a moment when they could not be needed more.
Read Full Review >>
Positive Dominic Lawson,
The Times (UK)
There is a Socratic precedent for this method of achieving enlightenment via a series of questions, and Lipstadt’s clearly crafted answers all make complete sense (though without any novel insights). However, it is strangely annoying to read 'Dear Professor Lipstadt, thank you for that sobering and thought-provoking series of letters.' Such encomia read like the author complimenting herself on her own perceptiveness, given that these are not real letters ... She is, however, a real professor at a real American university and this structure does give a fascinating insight into the difficulties facing Jewish American students who regard themselves as on the liberal left, but are now deeply discomfited by the vituperative anti-Zionism among fellow students who in other respects they might see as political allies ... Given Lipstadt is a historian, I had expected more historical perspective on how the hard-left became disfigured in this way.
Read Full Review >>
See All Reviews >>
What did you think of Antisemitism: Here and Now?
© LitHub | Privacy